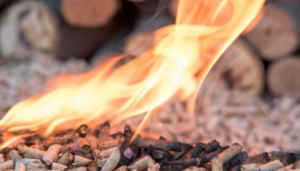 Why have the media (and political parties) gone quiet on the RHI scandal? If you google it you’ll find most links are to articles written months ago. The Renewable Heating Scheme was without doubt a major factor in the collapse of the Executive. It involved a bewildering amount of money going down the Swannee – our money, taxpayers’ money. The DUP was riven with disagreement,former DUP minister Jonathan Bell (remember him?) going on TV and through welling-up eyes declaring that there’d been some seriously dirty work at the cross-roads. Then an inquiry was set up with a retired judge, Sir Patrick Coghlin, leading it. He declared:

“I want to assure members of the public in Northern Ireland that this inquiry will fearlessly examine the evidence relating to the RHI Scheme; and that it will do so without interference from any quarter in order to establish the facts about the scheme and those connected to it.”

That was last April, at which point he said his team had already amassed “thousands of pages” of evidence, and promised hundreds of thousands of pages before he was done. When would he be done – inside six months? Sir Patrick wouldn’t put a time limit on it.

If you employed a man to clear a site, build a house on it, furnish that house and landscape the surrounding area, you’d naturally need to give him time. But you’d surely insist on an estimate of how long it would take, and you’d also insist on your right to turn up from time to time and have a look  at how the work was progressing.

The inquiry into the RHI will cost a lot more than any house, you may be sure. But the investigators won’t tell us how long it’ll take and they reserve to themselves the right to decide whether if at all you will get a report on how far they’ve got.

I have no doubt the inquiry will be thorough and fair (actually I haven’t a clue if it will be or not; it’s just I thought it best to say that). But it would appear it will be anything but transparent.

Maybe we got so much about the RHI scandal on the Nolan show and elsewhere at the time of its uncovering, it was figured our heads needed a rest on the subject.

Good news, guys. Our heads are now rested. So what’s going on in that inquiry for which we’re paying thousands, if not hundreds of thousands of pounds?

View all posts by Jude Collins →
The Rev Mervyn Gibson, a man seated on a cleft stick
Saturday pics of the week