Pics 1-3 are by John Patton 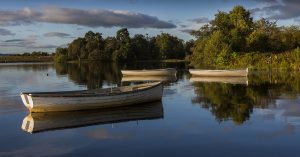 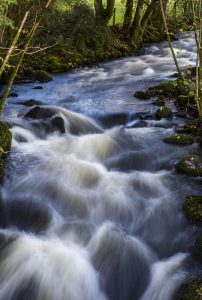 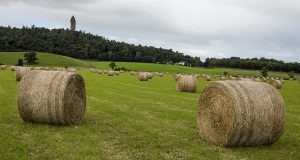 Loch Ruskie is a small loch near to Aberfoyle in the Trossachs. It is stocked with rainbow trout by a fishing club. Wild, brown trout are also caught occasionally but returned to the water by anglers. This guidance is ignored by a pair of Osprey who nest in the locality annually. I think that I shared some pictures of them on this site in the past Picture was taken early morning on one of the very calm days that we have had recently.

Pic 2: Hill Burn – Loch Ard Forest : There has no been no shortage of burns in spate this year. The blurring is achieved by using a slow shutter speed and , in this case, a ND4 filter.

Pic 3 : Ye canna tak wer fother: Picture was taken near Stirling , close to the University of Stirling and overlooked by the Wallace Monument on the left. This is about 5 miles from my home and farmers have struggled with the harvest this year because of the persistent rain. William Wallace was discovered by Mel Gibson and provides the title of the picture.

View all posts by Jude Collins →
The RHI: the scandal that no one likes to mention
The dismaying case of Tony Taylor