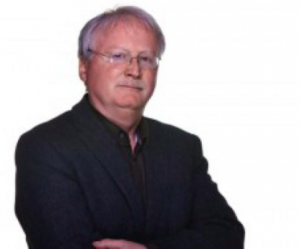 Social media are transforming communication mainly by allowing everyone to (potentially) talk to everyone else. The catch is in  the little word in brackets  – potentially. Anyone who has ever run a blogsite will know what a long, hard slog it is to attract numbers to your site, and when you do get them, to have them listen.

Mainstream media don’t have that problem. Even though the sale of newspapers around the world is shrinking, they still carry real weight. They have tradition and habit in their corner, and so can be sure that if they publish something, tens of thousands will read it.

That’s why I’m putting up this letter written by Dr Niall Meehan.  I don’t know if the claims he makes in the letter are true, but it seems puzzling that such radical claims from a respected source would receive no response from the newspaper at which they are aimed. Newspapers no longer win elections, either here or on the next-door island.  But they do contribute to the picture of reality that most people live with daily. They construct the window through which we see the world, and the angle from which we see it. I am not saying Dr Niall Meehan is correct in what he says; I am saying he deserves to have his view on child abuse and its reporting heard, and if wrong, rebutted. Or is the Irish Times  saying it publishes only those letter-writers who see it as fault-free?

(I would appreciate an early indication of intention, or otherwise, to publish. NM)

I congratulate the Irish Times on its coverage of Tom Humphries’ conviction and sentence for sexually abusing a 14-year-old girl. Over nine pages, from 27 June to 25 October, with three front pages and three more entirely given over to the subject, the paper devoted considerable editorial resources and expert reporting to unravelling various facets of the story. These ranged from the devastating effect on the victim, through criticism of the sentence and of those providing character references, to the fall from grace of a former Irish Times sports reporter and GAA coach.

The coverage is in the best traditions of the paper, reminiscent of 2013-15 coverage of an abuser called Patrick O’Brien who continually abused his daughter and who, unlike Humphries, was not a public figure.

Your editorial comment on Humphries is well taken: “Humphries was not part of some ill-defined group of “others” who do wicked things. He was a familiar face and a trusted one. Rather than fear of the unknown, he – and sex offenders like him – make us afraid of the known and suspicious of the ordinary. That is extraordinarily damaging”.

It is important that we as a society learn the lessons of abuse and of abusers. Responsible newspapers like the Irish Times have a considerable role to play in escaping knee-jerk reaction, in rounding out our understanding, in learning lessons and in pinpointing responsibility.

That is why Irish Times coverage of another abuser named Patrick O’Brien is all the more inexplicable.

This Patrick O’Brien was convicted of abusing 10 boys in November 2016. Your reporting of that case was minimal. You devoted two-thirds of one page on page 8 to sentence, after I pointed out that you did not report the trial and the jury’s guilty verdict. Furthermore, you refused to accept any of six letters from me on the subject, despite attempts to communicate to you a requirement to allow discussion of the case.

You refused to speak to Kerry Lawless, an O’Brien victim who was responsible for bringing O’Brien’s extensive abuse to the attention of the authorities. You failed to report in the newspaper criticism of the Church of Ireland from the Reverend Stephen Neill. O’Brien worked in St Patrick’s Cathedral. He sought many of his victims there and in the associated St Patrick’s Grammar School.

You failed to report on the inadequate response of the then St Patrick’s Cathedral Dean and Grammar School headmaster, when O’Brien’s abuse was brought to their attention in the 1980s. This led to O’Brien’s first (unreported) conviction in 1989, for abusing Kerry Lawless. Meanwhile, due to inaction, children in the care of the Church of Ireland were subject either to continuing abuse or to the unresolved effects of abuse. You failed to report that.

You reported a false claim from a former Cathedral Dean that he knew nothing of O’Brien’s proclivities prior to 2004. You failed to report a subsequent admission by the same clergyman (in theChurch of Ireland Gazette) that he was made aware of the continuing presence of the abuser in 1999, though O’Brien remained as a Cathedral worker. You failed to report that a previous Dean was told too and also did nothing to expel O’Brien from the Cathedral.

I wrote about this in Village magazine in February 2017 and discussed what appears to be your failure to understand, or to adequately and accurately report, abuse in Protestant-ethos institutions. I returned to the topic in a shorter piece in April.

Your failure to respond to that discussion indicates that you have little defence and accept my criticism. Whether you do or do not, your continuing silence is, to borrow your editorial comment, “extraordinarily damaging” and is also irresponsible. You should publish something that indicates a mending of your method.

Look to your coverage of the paedophile abuser Tom Humphries, for inspiration.