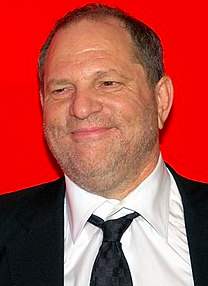 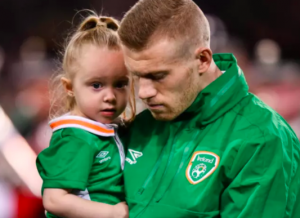 It is always impressive to watch a section of a community lather itself into a state of moral outrage.  Over recent days,  the Hollywood people have been tripping over each other to denounce  the producer Harvey Weinstein. There’s even talk that the queen may take back the honorary CBE  she gave him some time ago. Dozens of women, including Gwyneth Paltrow, have come forward to accuse Weinstein of sexual harassment or worse. Other show biz people and various pundits have denounced Weinstein and declared this must never happen again. Even on Question Time from Belfast,  panel members and the audience said they wouldn’t give him a second chance. One person noted that Cliff Richard had been accused of sexual crimes but had later been found innocent, and we shouldn’t damn Weinstein until he’s been found guilty. This voice was soon silenced, however, with others in the audience pointing out that there’d been a flood of women accusing him.

I always feel uneasy when people clamber onto their high horse and head for the moral high ground. The lone figure on Question Time was totally right: Weinstein hasn’t been found guilty of anything in a court, so despite the numbers of people accusing him, that doesn’t make him guilty under the law. Weinstein has conceded that many sexual encounters occurred, but insists they were all consensual.

Let’s get real. Does anyone think there isn’t a casting-couch culture in Hollywood?  That to get ahead, the price is often sexual compliance with some ghastly producer or power mogul in the industry?  And Harvey Weinstein may indeed have been one of these. But the way the sins of Hollywood are being heaped on him implicitly suggests that he’s an exception. My guess is he’s far more likely to be the rule. Where there’s power, those seeking advancement almost always have to make a pact to please. Sometimes it’s sexual favours,  sometimes it’s flattery, sometimes it’s a preparedness to accept verbal abuse from the boss. So  please,  all you people sticking needles into Harvey Weinstein dolls,  stop pretending he’s particularly different. It’s not just him and it’s not just Hollywood – it’s everywhere and in an infinity of forms.

Another man taking a pasting in the past week has been James McClean.  After that superbly-struck goal which got the Republic of Ireland into the World Cup play-offs,  tens of thousands of Irish fans yelled and whooped their appreciation of the Derry man. But hold. What’s this? A  volley  of indignation has been directed at Bet365 for referring to McClean as a hero. Hero???  A man who refused to wear a poppy honouring the real heroes, the brave boys who gave their lives for Britain? Outrageous.

Like many Irish people, I think McClean is a gifted footballer and a brave man. Alone in the Premier League he insisted on doing what he thought was right, and refused to wear the poppy. And his club(s) accepted his position. Contrast that with BBC  television, which will have EVERY presenter adorned with a poppy in a few weeks’ time. Like the alleged victims of Harvey Weinstein and so many others like him,  the presenters on BBC TV  are left with little choice. If you want to get ahead in this organisation, get a poppy.

Not all bullying is sexual.

View all posts by Jude Collins →
Last night in Cardiff: the shame of it all
Irish culture and lessons in self-loathing