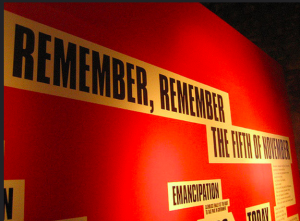 “Human kind” wrote TS Eliot “cannot bear very much reality.” To say Eliot was right would be the understatement of the decade. There are things and practices in the world  that we’d rather not look at, because it (i) might upset us; (ii) might force us to change our way of thinking or manner of acting.

An everyday example: meat. Many of us enjoy a juicy sirloin steak, or a bit of Spring lamb, or even an Irish stew. We know that these dishes come from living animals – cattle and sheep, just like the ones we see in fields. We know, in the back of our minds, that these creatures have to be killed and gutted and skinned and cut up into small pieces so they can end up on our plates. But would we like to see the interesting abattoir process? You must be joking. It’d put us off our dinner.

The same with all sorts of products. We hear of stylish trainers that are made in Far Eastern sweat-shops; we see (briefly) starving children in Africa and other far-away places; We know that death comes to us all, but for God’s sake close that coffin lid and get the funeral over and let’s move on. We know that abortion involves the tearing apart of the unborn child so the bits are suctioned out of its mother’s womb; but showing what this does to a foetus is considered very poor taste.

Like just about everyone else, I find it hard to think about or even look at these things. But they’re there. We’re like ice-skaters, who know there’s a dark dangerous deep beneath us, but we whizz merrily on, happy to forget the horrors below our skates.

I mention all this because Ronan Bennet’s latest production on TV, Gunpowder, has been denounced by some as far too violent. It shows a Catholic woman being crushed to death because…you’ve guessed it…she was a Catholic. It shows a Jesuit priest being hanged, drawn and quartered (if you don’t know exactly what that involves, maybe google it or better still, watch Bennett’s series on TV Catch-up).

Back then, people seemed to have a better appetite for such things. The diarist Samuel Pepys talks about seeing a major-general hanged, drawn and quartered: “He looking as cheerful as any man could do in that condition. He was presently cut down and his head and heart shown to the people, at which there was great shouts of joy.”

Barbaric or staring reality in the face? As in so much of Bennett’s work, Gunpowder forces us to see the horrors that we’d rather forget about.