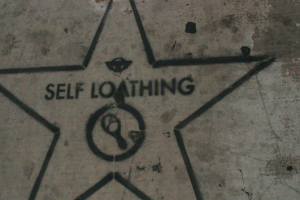 One of the funniest phrases you’ll come across if you’re studying the history of colonialism is the term “the white man’s burden”. This is funny because it depicts colonization as a moral duty which the white man carries out because it is the right thing to do even though it’s tough work. It’s almost as side-splitting as the daft old claim  nasty schoolteachers used reach for as they prepared to cane or strap another unfortunate school-child: “This is going to hurt me more than it hurts you.”

The notion of the white man’s burden fits into a broader strategy of colonization. The colonizer must of course arrive with superior fire-power: there’ll inevitably be some among the natives who are prepared to respond violently to the arrival of this outside force. But to be truly successful as a conqueror you don’t simply suppress resistance; you work on the natives so that they connive in their own subjugation.

This is done in a number of ways, but one of the most effective is to teach the native to think of him/herself as inferior. Their dress is inferior, their hairstyles are inferior, above all their culture as embodied in their music and language is inferior.

In Ireland, the colonizer was almost completely successful in this. There are Irish people who still refer to Irish music as “diddly-dee” music, thus ranking it with top-of-the-mornins’ and  leprechauns, thatched cottages and old men with no teeth singing tuneless dirges.

When I was a young man, the Clancy brothers and Tommy Makem were arriving on the scene, and for many it came as a shock that Irish melodies and songs could have the force and sweetness heard from these musicians and others like them. Many Irish people began to wonder if Sunday Night at the London Palladium really was the pinnacle of musical culture after all.

More successful, from the British point of view, was the suppression of the Irish language. School children who were heard speaking their own language were punished and forced to speak English; and soon there was an Irish population that had been taught to see the Irish language as tying them to a poverty-stricken past. Emigrants were warned that they’d never get anywhere if they didn’t abandon their native tongue.

Is this linguistic strategy  successful today? Yes and no. There isn’t an Irish person in Ireland, from Mizzen to Malin, from Dundalk to Galway, who doesn’t speak English. Huge numbers of Irish people think this is a jolly good thing. When Irish was made a compulsory subject in the southern schools curriculum, there was enormous resentment that the progress of young Irish people was being held back by this stupid arrangement. Worse still, you needed to have Irish to go to university or to get a civil service job. In schools, Irish teachers frequently were among the harshest in their teaching methods.

But the fools, the fools. The job of eradication hasn’t been total. In West Belfast, Tyrone, Armagh, Dublin: throughout Ireland there are enthusiasts young and old, hurrying to night classes and crash courses and Gaeltacht fortnights in Donegal. A week ago I was lucky enough to be part of a group of young and old, fluent and stumbling, who formed the Ceathrun na Gaeilge 10K from An Culturlann on the Falls Road in Belfast. The run was possible because so many young people gave of their free time to organize and register runners. Even the cops on the 10-kilometre route used the cupla focal to point runners the right way.

Some unionist politicians have talked about republicans ‘weaponising’ or ‘politicising’ the Irish language. Hold on, guys. The Irish language was politicized and weaponized in nineteenth-century Ireland and earlier. Irish people were encouraged to beat themselves with the weapons of their own ‘inferior’ culture and language. An Irish Language Act isn’t about using the Irish language to dominate in any way. It’s just Irish people, asleep for so long, wakening to the realization that the Irish language is theirs and that, if nurtured carefully, it will flourish and grow.

Reclaiming what should never have been taken from you is hardly cultural domination. Arlene and Simon: please note.

View all posts by Jude Collins →
Harvey Weinstein and James McClean: how we hate them
Sheena Campbell and a hurricane of pain