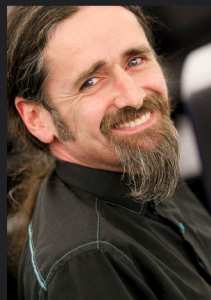 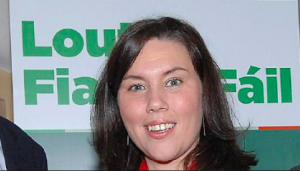 Is Luke ‘Ming’ Flanagan MEP the best-known politician in Ireland? A case could be made. With his thinning head of hair gathered in a tight ponytail and bearded hollow-cheeked features, he’s certainly not a man you’d mix up with somebody else. You wouldn’t mistake him for the UUP’s Jim Nicholson – Jim has been an MEP for the past twenty-seven years, while Ming got elected to Brussels only three years ago. And of course Jim doesn’t have a beard or sport a ponytail. Nor would you mistake Ming for Diane Dodds, who is much smaller and is married to Nigel Dodds, which Ming of course is not.

But while an easily identifiable figure in the Dail or in Europe, Ming himself has recently confused two things: a hard border in Ireland and a non-hard border. It seems that there was a vote held in the European parliament on the motion that the parliament “strongly believes that it is the responsibility of the UK government to provide a unique, effective and workable solution that prevents a ‘hardening’ of the Border” and “ensures full compliance with the Good Friday Agreement in all its parts”.

Ming voted with a small number of right-wing MEPs indicating that he rejected the motion and wanted a hard border in Ireland. There was a lot of noisy objection to this stance by border groups against Brexit, and Ming hurriedly explained that he’d made an honest mistake.

It happens. Which of us can truthfully say we’ve never set fire to a historic building? You’re walking along, thinking of something else, and next thing you’ve poured gallons of petrol through the windows and tossed in a match.

I’m not for a moment suggesting Ming has been engaged in arson attempts, either in Ireland or Europe; I’m just drawing the comparison that at times you mean to do one thing – walk past a building, hands in pockets and whistling – and next you find you’ve done something quite different – torching the edifice.

Besides, voting in the European parliament can be confusing. Normally in a European Parliament vote, people are asked to raise their hands if they support a motion. The session president has a look and very often figures there’s a majority or a minority for a particular issue, and pronounces the motion passed or defeated. On those occasions when it looks as though the MEPs are pretty evenly divided, MEPs start shouting “Check! Check!” and the session president does just that, counts carefully. Or as a last resort, there’s an electronic buzzer system in each MEP’s place and he or she presses it to indicate their preference.

Maybe Ming was day-dreaming about being back in his Midlands-North-West constituency, striding through green fields or taking the air at Salthill. Maybe Ming has a pet, maybe a hamster or a small tiger, and was trying to remember if he’d fed it that morning. There could be a thousand explanations why he did what he did. But he did it. And it was a mistake.

Now – when’s the last time you remember a politician saying s/he made a mistake? The last one I can remember is Arlene Foster, who said she regretted making that crocodile remark. Which would have placed her up there with Ming only she then went on to explain that she regretted it because it energized the nationalist/republican vote. Ming in contrast came clean and said he’d made a boo-boo and even asked the European authorities to change his vote. I haven’t been able to find out if the authorities allowed this switch: I’d have thought once you vote, you’ve voted.

But if Ming is miserable, his misery has company. Fianna Fail councillor Emma Coffey has just declared her stance on thi hard border thing: “I am calling for a hard border to be implemented to protect our local and national economy and to protect the influx migration entering Europe in my country, Europe’s back door.”

Ming Flanagan first caught the public eye as a tireless campaigner for the legalization of cannabis. As far as I know, Ms Coffey has no such excuse.