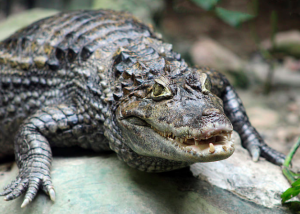 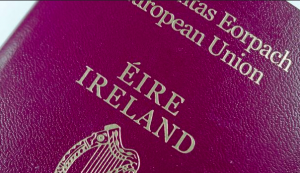 There’s something mildly hilarious about the suggestions that the Irish border be located in the Irish Sea. Not because it isn’t a reasonable suggestion as a way to crack the border-Brexit nut, but because it seems a fitting place for the 100-year-old source of conflict and hatred.

The reason that suggestion isn’t grabbed at by all involved is simple: the DUP.  The DUP would rather extract its collective eye-balls, toast them on a fork over an open fire and eat them, rather than have the border in the Irish Sea.  Why? Because this position would cry aloud what nationalists and republicans have been saying for decades: Ireland united, economically if not politically,  makes perfect sense. Of course the DUP like the rest of us know this; but that would weaken the link with Westminster, and would fit into the grand Sinn Féin  conspiracy that Jamie Bryson so eloquently denounced on the Nolan TV programme the other night: another bite taken out of the Union by the fenian crocodile.

And the DUP haven’t been getting any help from their usual soul-mates south of the border. Fine Gael, so long a good chum of northern unionism, is now turning a bit green. Leo Varadkar has predicted that by the time Brexit happens, a majority of people in the north will hold Irish passports. Leo’s point was that this would mean  the north would have a majority of EU citizens who were being deprived of full membership by Brexit.  But the DUP didn’t wait for that last bit. As soon as they heard the bit about majority Irish passports in our NEN,  they went a bit squeaky and wobbly. How dare this interfering person from the Free State start interfering in northern affairs?

Listen, guys, it had to be said, and Leo was as good a man to say it as the next. Of course, having an Irish passport doesn’t mean you want necessarily to be Irish. Maybe you just want to be able to travel and work freely in Europe. You could be a true-blue unionist and still be clutching your little Irish passport to your bosom. Even Ian Paisley Jr said he’d be happy to sign for same, should any of his constituents want verification in applying for one.

But but but. While an Irish passport doesn’t make one less a unionist, isn’t that dangerously near what the Shinners have been saying: that in a united Ireland, there would need to be ways found to accommodate the British identity of unionists? The very thought  of which sends a shudder ricocheting through the body politic of the DUP.

On the other hand, if unionists don’t apply for and get Irish passports, they’re closing the door on all sorts of European benefits and openings.

Sometimes standing by your Britishness can come at a serious cost. It’s just as well unionism has born leaders like Jamie Bryson to keep pointing them along the one true-blue crocodile-free British path to the future?

View all posts by Jude Collins →
Saturday Pics of the week
Borders and smuggling: the final solution