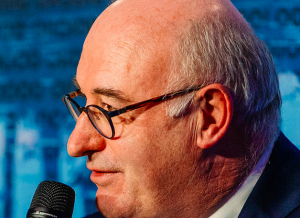 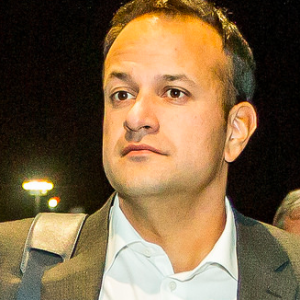 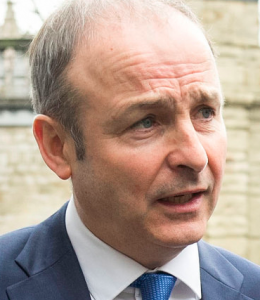 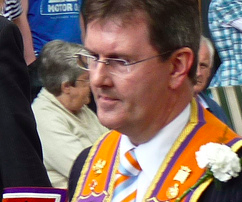 Sometimes those living, as the mighty Perkin would put it, south of the Black Sow’s Dyke, can be confusing.

I was watching a report from RTE on some southern region yesterday and the reporter passed comment on the damage done by Ophelis “in Ireland and the north”. I sighed , swore and threw the cat at this latest instance of southern partitionism.

Then I check out the online news and what do I hear? The hulking Phil Hogan, and him a top honchos in the EU, criticizing the “tough guy” approach to Brexit of GB politicians.

“What becomes more obvious day to day is that the Brexiteers are hooked on brinkmanship and have been since the beginning…We hear regularly about the need for a frictionless border, but the only policy positions outlined thus far would achieve precisely the exact opposite,”

Crikey! This has upset Fianna Fail, who as we know are devoted to invisible borders, and it has quite narked the good Sir Jeffrey Donaldson: “Sensible work to achieve practical and mutually beneficial arrangements for the Border after Brexit have been stopped on Leo Varadkar’s orders”. Ever the man for a prim and governessy turn of phrase, that Sir J.

So what’s going on? Well, Fianna Fail have begun rattling their toy sabre – Micheál Martin called Leo a moron or eejit or some such the other day; now Fine Gael are flashing their republican credentials (What do you mean, Fine Gael aren’t republican? Have you seen that big oil painting in the Taoiseach’s office of the big fellah in the Free State army uniform?)

So on mature reflection, I’ve decided there’s no need to be confused by the sounds drifting through the invisible border to to the ears of we truculent nordies. What is it all mean? OK, after me: It’s an election slowly coming down the track, stupid.

View all posts by Jude Collins →
Alastair Campbell does his state some service
Suzanne, Michelle and hardcore principles