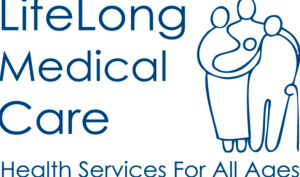 I was talking to a man last night and he raised a number of points which prodded my thinking.

We were talking about health care and like myself, he believed that a quality health care system, free at the point of delivery, should be right at the top of the southern political agenda. This won’t be an easy task- the south spends relatively more on health than the north, but that’s because the system was so neglected in the 1970s and 80s, there are all sorts of capital expenditure needed before the south can catch up. Regardless of that fact, it still should be an item at the very top of the agenda with every political party in the south, especially Sinn Féin.

I’ve believed that for some time. What does the average unionist say when the notion of a reunited Ireland is mentioned? “Will there be a health care system in place like the one I have?” One day, sooner rather than later, republicans and nationalists should be able to answer “No, there won’t. It’ll be better. Look at the superior health system they have now in the south.” If the south can transform its road system, it should be able to transform its health system.

My friend last night was very critical – overly critical, I thought – of offering unionism “a new Ireland.” The way he looked at it was in car sales terms.

Supposing you were trying to sell a car to someone and s/he wanted to know what the car in question was like. It wouldn’t do to say “I want you to ignore that dinged vehicle we have parked at the kerb outside. Because we have a really new model that’s being designed, and we know you’re going to like it.” The proverbial pig in the poke doesn’t impress most buyers. What you need to be able to do is point to an actual quality car parked on the kerb and say “What about this one? “

Because people – especially northern unionists – tend to be impressed by what they can see and smell and touch. It’s ineffectual, my friend argued, to try telling our unionist fellow-countrymen and women that there will be a New Ireland. At least some of the elements of that New Ireland need to be in evidence and working south of the border. That’s not to say that there wouldn’t be the possibility of many further improvements in a reunite Ireland. But it should be a paramount ambition of any political party in the south worth a damn to create a state which is at least a partial showroom window for how a new Ireland would look. Less promised models. Instead, produce an attractive car which unionists can walk round,  kick the tyres of.  before happily stepping into the front seat.

View all posts by Jude Collins →
How satisfied are you with mainstream media reporting on child sex-abuse cases?
Saturday pics of the week