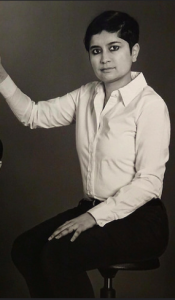 Two days ago on Question Time, there was a discussion of young Brits who’ve gone overseas to fight alongside ISIS. As some bloody-minded audience members recommended killing them as traitors, Sami Chakrabarti said “We [Britain] do no take out people”.

Sami was born in 1969, so she’d have been too young to have lived through the early days of the Troubles. But if she’d asked people who were around then and later – her parents or older neighbours or maybe a dog on the street – they might have reminded her of Bloody Sunday, Pat Finucane, Rosemary Nelson, the hundred of victims of the Glenanne gang, and more. Lots more. Or maybe these older people would have remained silent and the dog wouldn’t have barked. Certainly on Question Time, neither chairman David Dimbleby nor anyone else in the panel or audience challenged this patently absurd statement.

When Sami was two, taking her first steps in this world, the British army took fourteen men to a secret location in County Derry and tortured them. They put hoods over their heads, subjected them to white noise, made them lean fingertips against a wall and beat them if they fell, deprived them of sleep, and dropped them from a helicopter hovering several hundred feet from the ground – or that’s what they were told. In fact the helicopter was just a few feet off the ground. Imagine how you’d feel after such an experience.

In 1977 when Sami was seven, the British secretary of state Merlyn Rees wrote to the British prime minister Jim Callaghan: “The decision to use methods of torture in Northern Ireland in 1971/72 …could grow into something awkward if pursued.”

The hooded men and their relatives have been pursuing justice and trying to make things as awkward as possible since, with relatively little success. They did get a condemnation of the British army actions from Europe, but the Brits managed to get the word “torture” removed. In 2014 the PSNI, which is our slightly less-than-shiny police service, declared that there wasn’t enough evidence to warrant a fresh investigation.

But then the other day, a High Court judge ruled that the PSNI were …let’s say ‘wrong’, as the kindest word, and that a full inquiry into the maltreatment of these men should indeed be held. The PSNI response? “This is a sensitive and difficult issue for all parties”.

Oh I forgot to mention. Sami used to head up Liberty which campaigned against the “excessive” actions of the US when dealing with suspects after 9/11. You couldn’t make it up, could you?

View all posts by Jude Collins →
Saturday pics of the week
Ming made a mistake. What about Fianna Fail’s Emma Coffey?