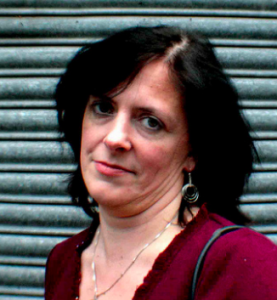 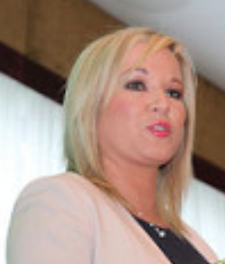 There’s a letter in today’s VO in which a man sings the praises of that newspaper’s columnists. He does this on the grounds that their thinking is just like his own, and agrees that it’s time our politicians got their act together and got back into government. Translation: one lot is as bad as the other.

That’s not a view Suzanne Breen would agree with, judging from her column in the Belfast Telegraph yesterday. She says Sinn Féin in the person of Michelle O’Neill put an acceptable compromise on the talks table one day, but was over-ruled the next day by other people in Sinn Féin. This is nothing new, Suzanne Breen says. The same thing happened with no less a figure than Martin McGuinness a few years back. He agreed a deal on welfare reform, only to be over-ruled by his party. “Whether there is anybody left at a senior level in Sinn Fein with hardcore principles on anything is debatable”. (Yes, Virginia, Suzanne Breen said that. ) In short, Suzanne seems convinced the Shinners are the problem, not the DUP. Quelle surprise, eh?

Though mind you, the DUP themselves do have a pretty dazzling record of agreeing to things and then changing their mind. You’ll remember that an Irish Language Act was agreed to at St Andrews, with the DUP one of the signatories. It appears that mature reflection convinced the DUP that following through on their promise would upset the backwoods knuckle-draggers, so they changed their mind. No Irish Language Act on MY watch, Arlene declared.

And then there was the Maze/Long Kesh development. Peter Robinson agreed on that with Martin McGuinness, and was seen smiling as the first sod was cut. Then Peter went off to Florida and what do you know? A letter is winging its way to the simple-minded Shinners, telling them the whole deal was deceased, dead, an ex-deal.

Are they bovvered? Is Suzanne bovvered? Answers on a postage stamp, please.

View all posts by Jude Collins →
Phil, Leo, Micheál and Jeffrey do some senior hurling
Saturday Pics of the week