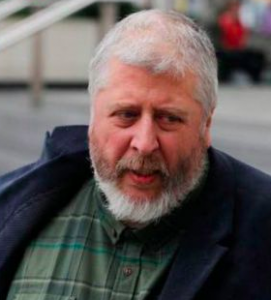 The very thought of an older man using his status to prey on a young girl makes me, and I expect you, pretty angry. That’s why the conviction of the Irish Times sports journalist Tom Humphries yesterday received widespread approval, with those who’d given him a character reference uneasily back-tracking and trying to explain their actions. Humphries apparently ‘groomed’ a  young girl using text messages to her from the age of fourteen. When  she was sixteen he had sexual relations with her.

Commentators have been piling in to express their disgust, with people like Eamon Dunphy saying they hadn’t realized that he’d been in a position of power as a GAA coach to a girls’ team and that he’d been grooming the girl with text messages for two years, when he was friendly with him.

As I say, it’s a sad and sordid affair. But there are questions that present themselves in the midst of our distaste.

The one bit that really makes me grit my teeth is the possibility that Humphries got a two-and-a-half year sentence because he was a well-known and respected journalist, whereas had he been an ordinary Mickey Mud he would probably have been sentenced more severely. Does that mean that if I’m successful and famous, different standards are used in judging my behaviour? Now that is disgusting.

There’s no doubt that Humphries broke the law – as we know,  the age of consent in the south is seventeen. But clearly different states have different views about what is acceptable sexual conduct and what is not.

Final point: will some well-known songs be banned?  Ringo Starr does a stirring version of “You’re Sixteen”, which include the lines “You’re sixteen, you’re beautiful and you’re mine” ? After all, his fellow-Beatle Paul McCartney got his song “Give Ireland Back to the Irish” banned. And will the Fureys no longer be allowed to sing “When You Were Sweet Sixteen”  with its lines “I love you as I loved you /When you were sweet sixteen”?

Incidentally, a young woman in China cannot get married until she’s twenty; whereas in Japan the age of consent is thirteen.

It looks as though we’re repulsed or not repulsed, depending on what state we live in.

View all posts by Jude Collins →
How to avoid reality
How satisfied are you with mainstream media reporting on child sex-abuse cases?