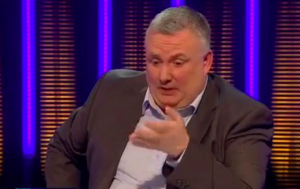 Engaging in debate on radio or television is bad for your health. There are many reasons for this, I find, but the main one is that sense, as you drive home, of  l’esprit de l’escalier  – literally the wit of the staircase. That’s  the stage after a debate when you think of all the things you should  have said but didn’t. L’esprit de l’escalier can do bad things for your blood-pressure. But as in every experience in life, it’s important to see what you can learn. Here are a few of things that have emerged for me.

So beware broadcasting debate. Except tightly controlled, it soon descends into a bear-pit of abuse.

View all posts by Jude Collins →
Glorifying terrorism and that sinking feeling
Frances and Arlene: separated at birth?