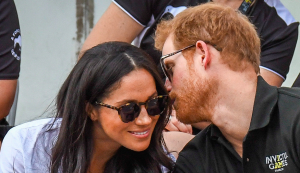 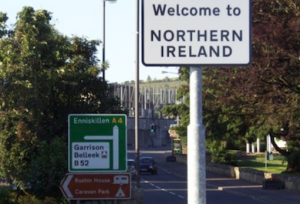 I sometimes wonder about the Great British public.  Mention the word ‘royal’ and the brains of otherwise sensible people seem to evaporate out their ears and any other exit point available.  We saw this just two days ago when the news that Prince Harry had become engaged to  Meghan Markle, who can be seen in that godawful American TV series Suits topped the news.

The TV channels ran and re-ran the cringeworthy story of Harry’s proposal and his beloved’s response over and over. But the newspapers topped that. . Because Meghan has a white American Jewish father and an African-American mother, the engagement is seen as opening the door to a massive change of attitude among the British public towards …Americans? Jews? No, Virginia, you know it’s not that. It’s not even towards African-Americans, or certainly not them alone. It’s towards people with a dark skin.

There are two ghastly truths behind this opening-the-door theorizing. One is that the Great British public aren’t too keen on people with dark skins; the second is that they need a Royal to show them  non-racial prejudice in action  (honest, you can marry one)  before they can get round to thinking rationally about people with skin that isn’t their own sickly white. I know a fair number of English people and I’m hoping, praying that they’re above that sort of grubby racism.

The other thing raising the temperature today is – no, not North Korea and its latest missile – Sinn Féin’s Chris Hazzard’s remark that if a hard border is imposed here, it could lead to civil disobedience.

Jim Allister shot out of the blocks and declared that “Hazzard” (none of your polite Mr or Chris for Jim) was raising the threat of violence. This is rubbish, since civil disobedience is normally construed as the opposite of violence.  But looked at a different way, maybe Jim is right. The last time people in the north engaged in civil disobedience by peaceful marching, the violence from first the RUC and then from the British Army, notably the Parachute regiment  was shocking. I never thought I’d write the words but I agree with Jim. Anybody who tries civil disobedience over a hard border here better be prepared for the unleashing of state violence. And will there be people who’ll engage in civil disobedience if the old ugliness of border customs posts are reinstated? You know there will, Virginia, you know there will.

View all posts by Jude Collins →
Leo and Micheal, up there and just a bit scared
You don’t like the pattern of things? Here, hold on – I’ll change it