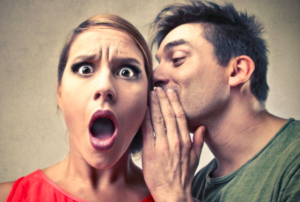 A: Sometimes we don’t know how lucky we are.

B: Lucky? What’s lucky about a world where Trump is in charge in the US and James Brokenshire is in charge here?

A: I expect you’ve heard about all the thousands of British government files which have vanished into thin air? There one minute then pouf! Papers gone. Nobody knows where they went. Papers about the Falklands war, papers about our own dear North-East Nest.

B: Yes I have heard. But what’s lucky about that?  Sounds unlucky if anything.

B: And that’s another lucky bit?

A: Indeed. Thanks to them, we now know who set up the Loughgall ambush in 1987, when eight East Tyrone IRA men were shot dead by the SAS.

B: WHAT? The Gerry Adams who –

B: How do they know it was him?

B: That’s the Father Denis Faul who was opposed to the IRA hunger-strikers?

B: And the Fr Denis Faul who was an enthusiastic supporter of the SDLP  and detested Sinn Féin?

A: Indeed. The same.

B: Well I mean…Mightn’t Fr Faul have made the whole thing up? I heard he didn’t like Gerry Adams.

A: Nonsense. The Irish Times this morning speaks of “the highly respected Fr Faul”.

B: So did Fr Faul know for sure that it was Gerry who did it?

A: Well, sort of. He told a high-ranking person in the Irish Department of Foreign Affairs that it was “one of the theories going around” and that he was “intrigued by it.”

B: I thought the Catholic Church was against people engaging in gossip and slanderous innuendo.

A: That would be an ecumenical matter.

B: Any other intriguing theories?

A: Two of the IRA men were planning to kill Gerry Adams.

A: Certainly. The Irish Times says “it was being claimed” they didn’t like Gerry Adams’s political policy.

A: The Irish Times doesn’t tell us that bit.

B: So is the Irish Times a newspaper with a republican flavour?

B: So all this is speculation about something Fr Faul found “intriguing”.

A: Well you might say that. I’d say newspapers have to sell in this drab winter season, and what better way to sell them than a bit of Shinner bashing in the form of an intriguing theory from a highly-respected cleric who detested the Shinners?

A: Ecstatic. As I said to my good friend Colum Eastwood the other day, dead men tell no lies.

B: What about before they die?

A: That’d be an ecumenical matter. But thank God we have the fourth estate to fight the good fight.

B: Armed with intriguing rumours and theories.

A: Right. And have I told you my theory that Jack Hermon was a leader in the INLA?

A: Keep in touch – who can say what further State papers will emerge? I’ve already heard intriguing theories involving the Orange Order,  a goat and a grassy knoll.

View all posts by Jude Collins →
Remembering my brother Paddy on the eve of his birthday
Bishop Daly, Martin McGuinness, Frank Hegarty and some characteristics of violent conflict