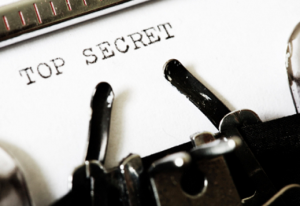 A cliché: war is hell. All those who’ve been involved in violent conflict, and the many who haven’t, agree on that particular sentiment. Killing people, as G B Shaw said, is the ultimate form of censorship.

Efforts have been made to end war – remember flower-power? – and failing that, to make it slightly less savage (hello the Geneva Convention). The truth is, virtually every country in the world supports political violence, although it has to be their kind of political violence. And when people pay their taxes, they’re supporting violence as well. That’s me and (I assume) you.

There are a few practices in war/political violence that are worth noting.

4. War causes suffering, not just to those who are injured, killed or executed, but to the loved ones they leave behind. Often that suffering ends       only with the death of those loved ones.

I list these things to set in context the latest claim made against Sinn Féin leaders: yesterday it was Gerry Adams held responsible for the Loughgall killings, today it’s Martin McGuinness for having allegedly lured Frank Hegarty to his death in 1987.

The Belfast Telegraph says a letter from the time shows Bishop Edward Daly “claiming” that McGuinness lured Hegarty back to Ireland with promises of immunity; read further down and it appears the bishop “believed” that this happened. Hegarty had been a quarter-master in the IRA and was believed to have informed the ‘security’ forces about an IRA arms dump. The bishop further states his belief that McGuinness himself carried out the killing of Hegarty when he was persuaded to return.

In contrast, the Derry News in 2015, writing on the Stakeknife affair, says: “Among the murders carried out by Scappaticci when he was working for the British Army while also running the IRA’s internal security unit were those of Paddy Flood and Frank Hegarty”.

Whether McGuinness or Scappatici was responsible, these are terrible deeds we’re looking at, and the Hegarty family are clearly still numb with pain at the loss of their loved one. However, no one appears to dispute that Hegarty did inform the British about the IRA arms dump – in short, he was an informer, or a spy, within the ranks of the IRA. And as history shows, when spies are identified, they are killed/executed. Martin McGuinness in one black-ajd-white film clip, when asked if informing/spying should be punishable by death, replies emphatically: “Yes, death, certainly”.

So while we all lament the killing of one individual by another, or the killing of tens of thousands (Hiroshima and Nagasaki) by the orders of one man (President Harry Truman), Frank Hegarty like hundreds of other IRA volunteers knew that betraying his comrades would be met with summary execution. Whether Martin McGuinness killed him or Scappatici did the killing makes no difference to the final outcome: he was believed to have informed and he was killed.

None of this is to suggest that Hegarty’s death was anything less than horrific. But if we look at the history of conflicts from the dawn of time, what is seen as treachery is punished by death, and truth is the first casualty of war. Those who present this cruel event as somehow unprecedented show either ignorance of history or a readiness to be selective in their moral outrage.

A and B discuss State papers
Bordering on the bone-brained