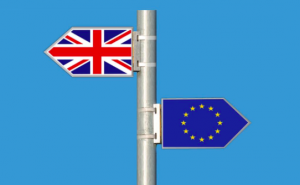 There’s a very sensible arrangement known in the commercial world as the “cooling-off period”. In 2011, for example, the EU produced a Consumer Rights Directive that makes it mandatory for member states to give people the right to return goods purchased  – anything from two weeks to a year, depending on how well the purchaser was made aware of his/her consumer rights.  I like that. We’ve all made impulse buys  – especially but not exclusively at Christmas – which, in the cool light of morning, we realize were stupid and expensive.

Oddly, when it comes to really big  purchases that’ll affect not just us but our children and grandchildren,  there’s no cooling-off period allowed. In fact, to suggest a cooling-off period, where we’d have the chance to change our minds, is regarded as undemocratic.  I’m talking, of course, about – what else? –  Brexit.

As we all know, the UK voted itself out of the EU in a referendum in June last year.  Since that time, anyone who suggests that there might be a second referendum – say in the light of damaging trade deal struck with the EU – has been greeted with howls of protest. “What part of ‘We want to leave’  don’t you understand, you traitor you?”  has been the indignant response from Brexiteers.

As hard-line Brexiteers see it, the die has been cast, the decision made, and now we need to get on with the divorce.  This is at odds with a poll done recently for the British online newspaper The Independent. It found that 51% of the British people polled were in favour of the UK remaining in the EU, while 41% of those polled still wanted to leave.

It’d be interesting to get the DUP response to this poll. That party has always insisted that the Brexit vote was a UK-wide affair; to point out that a clear majority in the north of Ireland voted to Remain doesn’t mean a thing. This, of course, is the reverse of the unionist stance one hundred years ago, when they insisted that a small part of Ireland – the six counties – should have its way, no matter what the rest of the UK and/or Ireland said.

But to come back to the present, where the DUP is insisting on the fact that the vote was a UK-wide one: this latest Independent poll suggests that a UK-wide(r-still) majority now want to stay in the EU. As a democratic party (check the name – it used to be the Protestant Unionist Party [PUP] but that was a long time ago), the DUP would presumably be keen to do all it could so that the present will of the British people is given expression.

Unfortunately, if you presumed any such thing you’d be totally wrong. The DUP have said they are Brexiteers, so anything that gets in the way of Brexit, they’ll cheerfully smash through. Taking the majority – Remainers – with them.

There is a solution to this mad situation: the British Labour Party could declare that it is opposed to Brexit. That would make Labour the main party urging the British people to have second thoughts. If the poll is accurate and a clear majority want a second referendum, Labour would probably win the election and save the UK – and Ireland from an economic bloodbath lasting decades. Unfortunately, Labour is fearful it might lose large sections of its working-class base  if it came out as favouring a second referendum, and so, reluctantly, is going along for the Leave ride.

It’s a ghastly situation,  comparable to an excursion bus crammed with holiday makers. The driver asks the passengers where they’d like to go, and more than half of them shout “Drive us across that bridge up there!”  So the driver follows instructions, except that five minutes later he and his passengers realize they’re not on a bridge, they’re on a pier. But because the original decision was to drive along the bridge-that-turned-out-to-be-a-pier,  the driver and some very stupid passengers insist that a decision is a decision. No matter that most of the passengers are now screaming for the bus-driver to stop. “No – drive on, drive on!  The decision has been made!”  he’s told by the nutters on board. And so he heads for the pier-end, hoping that the drop over the edge won’t be too painful and that the bus will somehow manage to float.