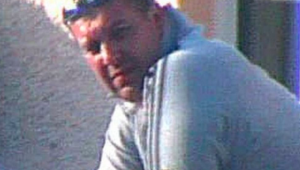 Were you shocked? Most of us were, both by the scale and detail of supergrass Gary Haggarty’s brutal violence.Scale: five murders, five attempted murders, twenty-three conspiracies to murder. Detail: loyalist paramilitaries flipping a coin to decide who’d kill a Catholic, Haggarty intervening to say he’d volunteer to do it. It’s hard to think of more callous conduct. But if we stop with Haggarty, we’ve missed the  point.

Which is? Mark Thompson of Relatives for Justice put it well in 2011:

“It [Collusion] is out there if you pick up the papers in the media if you follow the stories. It is every day – it is Claudy, it is Kingsmills, Loughinisland, Ballymurphy, New Lodge 6 – it is Pat Finucane, it is Rosemary Nelson, it is Billy Wright. You know we could go on and on and on…it’s there.”

So what is collusion? It’s the state using its resources to allow murder. And we don’t seem to have moved very far from 2011. In at least –at least – some of the murders Haggarty was involved in, his police handlers knew what was coming up but let it go ahead anyway. Which means my money  and yours was used by the state forces, which of course exist to protect citizens, to kill citizens. So the next time you’re asked if you supported violence here, you can honestly say Yes – you paid your taxes to fund killers.

We’re told that collusion was widespread – Mark Thompson lists just some of the cases where it was believed to have occurred. Anne Cadwallader, in her chilling book Lethal Allies, lists many more of the same kind of activity.

You’re maybe feeling outraged that Gary Haggarty looks like he’ll walk away into a new life and a new identity after the case involving him is heard. But that would be a mistake, if your outrage stopped there. The whole point about collusion is to trace it to its source – the faceless men and women in high places who gave the green light so that down the food chain, the likes of Haggarty could go about their foul business. And even when the truth of what happened emerges, Haggarty will go largely unpunished, and higher up the food chain the faceless men and women who colluded with Haggarty will not even be identified, let alone punished.

There are two things separate IRA violence, however cruel on occasion, from state violence, as exemplified in the case of Haggarty. Members of the IRA spent a total of thousands of years in prison for their deeds. . The state’s paid killers – and there were lots of them – for the most part remained unpunished. Bloody Sunday, Ballymurphy, Pat Finucane, Rosemary Nelson – has anyone served time for those killings? More important – did those in the higher echelons of British life suffer inconvenience, let along incarceration, for their manipulation of the likes of Haggarty? Of course they didn’t. And to pull back the curtain on these corrupt authorities would be to – yes indeed, Virginia – confront us with an appalling vista.

Why aren’t we mad as hell? Why aren’t our media shouting from the rooftops about state collusion?

There’s a simple answer: because it would disturb the official version of the Troubles, which was that evil IRA killers spilt blood mindlessly for more than two decades, while gallant ‘security’ forces (the irony is in the name) struggled to protect us all.

Will victims of  state collusion ever get justice? Some chance.The day that  state collussion is traced all the way to the top, pigs trailing red, white and blue lines will fly in formation over Westminster.