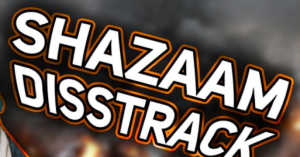 One of the phrases that presently echoes through public discourse is “regulatory alignment”. If you’re sensible, you’ll narrow your eyes and look for shifty dealing when you hear it. People who deal in abstract language like this aren’t intent on being understood – they prefer for each listener or reader to take his/her own meaning from the phrase. That way you get past a great massive Rock of Contradiction.

So what would make for a reasonable paraphrase of “regulatory alignment”? Chances are your paraphrase is different from mine, but I’d say it means having regulations that fit snugly alongside other regulations. For example, if you were a member of a GAA club, you could leave it and set up your own club (the  Me Athletic Association or MAA) which would then have rules pretty much the same as the GAA club you quit. You might find yourself fielding a team consisting of one person (you) and his/her dog, but the rules you’d play by would be a mirror image of those used by the GAA club you left. Actually playing might be kind of difficult, given that most GAA games involve more than one player and his dog. But at least you’d have independence from those constricting GAA rules. Yes, Virginia, the MAA rules would be the same as the GAA rules, but you’d choose to follow them, not be strait-jacketed into following them because the GAA club says so.

If we look at regulatory alignment in Ireland, it means the north will have trade rules and practices that exactly reflect those of the EU. In this way, business in the north and south can continue trading as they do now, except that the north, being outside the EU, would have to set up rules so a passerby would be unable to tell the difference between the north’s regulatory alignment and the south’s observation of EU rules.

Granted, there is a catch: the north, according to the DUP, must act exactly as does the rest of the UK, which is preparing  to leave the EU and go sailing into the high seas of international trade on its own. In other words, it won’t be constrained by EU rules. Which means the north here won’t be constrained by EU rules. Which means…I think we’ve arrived at the Rock of Contradition, chaps. Having our ‘regulatory alignment’ porridge and eating it simultaneously is a very, very hard thing to do. Which is precisely why the cloak phrase “regulatory alignment” has been thrown over the future of trade on this dear island of ours. What the eye doesn’t see, the heart doesn’t grieve over. At least for now.

View all posts by Jude Collins →
Stephen McCarthy: ‘An inspiration’. EH?
By their words shall ye know them…