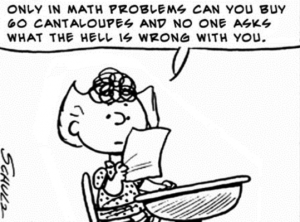 One of the most revealing comments in this parish over the last, what, twenty, thirty years is that we need to concentrate on bread-and-butter issues, real politics, rather than aspirations towards a united Ireland. Why is this interesting and what does it reveal? It’s interesting because it is based on an assumption and it reveals a lot about the speaker’s view of humanity – or the humanity in our little North-East Nest at least.

To urge people to focus on day-to-day matters – a job, a house, a health service – is on the face of it commendable. What kind of eejits would we be that we’d ignore the things that keep body and soul together? But such urgings spring from an assumption: that people are capable of focusing on or caring about one set of things only.

That’s certainly not the case with a government. I’m not talking about our county council on the hill – I’m talking about governments like those in Washington or London or Dublin. Governments that are, largely, able to make their own decisions about things.

Like states, we are capable of attending to everyday matters AND wider, more aspirational matters. So those who rabbit on about the need for our politicians to focus on the bread-and-butter stuff show us that they believe the public aren’t capable of holding more than one thing in their head. Or as Lyndon Baines Johnson put it, they think we can’t chew gum and piss at the same time. We can, you know. It’s those who make statements implying we can’t who show what fools or knaves they themselves are.

Which brings us to the present time. A claim shared by Tory right-wingers and political unionism here is that the agitation for an invisible border on the grounds of economic common sense is really a cover for advancing the cause of a united Ireland.

Guess what, guys? We’re actually happy to do both. Yes, we want a thriving economy in Ireland, north and south – AND we’d like to see that economic unity grow into political unity. And by the way, maybe brace yourself for some shocking news: working for a united Ireland is a totally legitimate aspiration.

To summarise: nationalists and republicans here want an invisible border (a non-existent one would be better still) because as most rational adults can now see, an absence of trade barriers between north and south makes economic sense. We also want a re-united Ireland, and of course economics and politics are linked in powerful ways. The fact that you declare nationalist/republican politicians working for our economic welfare to be some sort – yes indeed, Virginia – some sort of Trojan horse for political goals tells us much about the dark echoing cavern that is your brain.

View all posts by Jude Collins →
‘Regulatory alignment’ – the political version of ‘Shazaam!’
The repeal of the Eighth Amendment: some facts