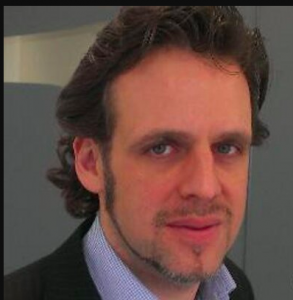 Q: What do Sinn Féin bring to the table?

A: Baggage and unreasonable demands.

Q: When are the DUP prepared to form an Executive?

Q: When is Sinn Féin prepared to form an Executive?

A: When the DUP cave in to their unreasonable demands.

Q: Will that happen tomorrow?

A: Ten years after hell freezes over.

Q: What role does Eire play in discussions about Ulster’s future?

A: A partisan role

Q: How partisan is it?

Q: Eire’s Minister for Foreign Affairs has called for the implementation of past agreements. What is this code for?

A: A Bill of Rights, a Pat Finucane Inquiry and a standalone Irish Language Act.

Q: But should past agreements not be implemented?

A: That would be to cave in to unreasonable demands.

Q: When will Sinn Féin help rebuild an Executive?

A: When and if the DUP cave in to their republican demands.

Q: If the DUP caved in, what would this be for Northern Ireland?

A: It would lead to fresh demands in the future.

A: Yes, but only if there’s an agreed candidate.

Q: Who would be the best agreed candidate?

A: A relative of a Catholic murdered by the IRA

A: Because unionism couldn’t then be accused of being sectarian.

A: Only by its enemies.

Q: Any other advantage in having an agreed candidate who is Catholic and whose relative was killed by the IRA?

A: It would make the constitutional question irrelevant.

Q: Would such a candidate have any other advantages?

A: It would show that terrorism was unjustified.

Q: With the obvious exception of Shinners, could anyone support this agreed candidate?

Q: Would all these people have to agree on anything besides the candidate?

A: They would all have to agree that young people shouldn’t be fooled into seeing the years of the Troubles as reasonable.

Q: Is that what young people think now?

Q: Meanwhile, what is the IRA doing?

A: It’s making strides in its long-term aim to win the historical narrative.

Q: What was the overall IRA campaign riddled with?

A: Atrocities against civilians.

Q: What is Sinn Féin?

A: The political wing of the IRA.

Q: What does this wing feel about legacy cases?

A: Because that’s why it brought down Stormont.

A: It wants to get its approach to the past.

Q: Can you explain that more clearly?

Q: Would younger people in the SDLP and Alliance vote for an agreed Catholic relative of an IRA victim?

A: Unlike their seniors, they haven’t seen republican violence close up.

Q: What do Sinn Féin do over the past?

A: They crow and celebrate.

A: They sneer and demand accountability of others.

Q: What are unionists angry over?

Q: What should we all do?

A: Go off and think on these matters.

A: Check back with me and I’ll give you some further instructions.

You can read more on this fascinating topic  at:

View all posts by Jude Collins →
The Craigavon Two: put in prison because somebody had to be
Saturday pics of the week