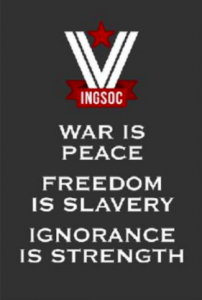 If you were to get too serious about things, you’d go mad. I’m just off the Nolan show on Raidio Uladh/Radio Ulster, where Alban Magennis was defending his recent article in the Belfast Telegraph.

You haven’t read his article? Well, in essence it sprang from another article by that well-known republican commentator, Newton Emerson …No, sorry, that can’t be right. Alban expressed his admiration for NE several times on air, and in his article as well,. No, this’d be the Newtown Emerson who has never knowingly commended a republican in his life. Anyway, NE has been going around schools, he says (remind me some other time to tell you about a discussion I once had on air with NE, as to how much he knew about our education system) and he’s unhappy to find that young people have got hold of the idea – in Catholic schools at least – that the Troubles were inevitable and that the IRA was involved in a just war.

This morning, Alban articulated his concern about this, and urged that young people should be armed against propaganda. At first I thought he was suggesting that the children in the schools were being taught this propaganda, but then Alban said he figured they got it from their parents. What children should be made aware of was the belief of Bishop Eddie Daly, as revealed in recent historical papers, that an IRA informer was lured back to Derry and killed by Martin McGuinness. Alban also cited the comment of Monsignor Denis Faul about the Loughgall killing of eight IRA men by the SAS, and how one of a number of theories doing the rounds was that Gerry Adams had arranged the whole thing.

Alban was very concerned that children be taught soundly-based truth about the past, he said, and cited George Orwell’s 1984, where facts about the past were arranged by the government to suit their purposes. (Sound familiar? Did someone mention Bloody Sunday?  Ballymurphy? Dublin-Monaghan bombs? Pat Finucane? )

I could go on at length on this, but let me confine myself to five brief points.

Answers on the back of a postage stamp, please.

He lives! Blair is back
An arrogance that leaves you gasping