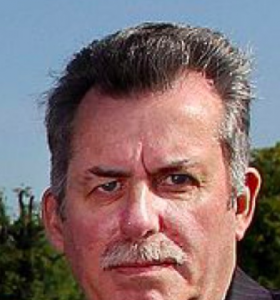 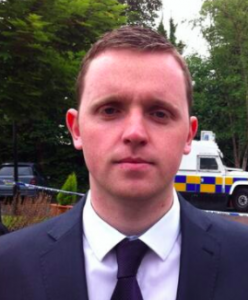 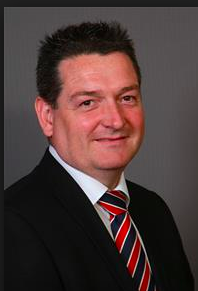 I’ve just come off the Vinnie Hurrel/Stephen Nolan show. I was on with Alban Maginness, talking about the decision of St Cecelia’s College in Derry to make Martina Anderson their Past Pupil of the Day.

If the school had announced   “We’ve just built a small devil-worshipping shrine off the gymnasium, a quiet place where girls can go and sit in reverence”, they couldn’t have been more culpable in Alban’s eyes – and the eyes of the DUP’s Gary Middleton and David Ramsey. “There is nothing aspirational about an unrepentant terrorist,” was Gary’s view.“This is ridiculous, shameful, shocking that a school would use a ruthless terrorist as a role model” David declared.

On air, Alban was caught in a bit of a bind. Naturally he wanted to put the boot into a prominent Shinner, but at the same time it mightn’t sound too good, him dissing one of Derry’s leading schools. So he said “St Cecilia’s is a shimmering beacon of educational excellence” or words to that effect; then  added that in this instance they’d made an error of judgment. How so?  Well, Alban explained, this is a Catholic school and the Catholic Church was opposed to IRA violence and Martina had once engaged in IRA violence.

My own view is that Alban and his DUP mates have a nerve, telling a school principal and her staff who they should and shouldn’t nominate to be Past Pupil of the Day. Whose school is it anyway?When Alban suggests an error of judgement, he’s effectively saying the staff are faulty moral guides for their charges. Besides which, I’d lay money that Martin McGuinness  was welcomed to that school at some point during his life. Was that another moral boo-boo by principal and staff?

But the giant hole in this SDLP/DUP condemnation of the school’s action is that it’s inconsistent. Let’s take three examples.

First,  Nelson Mandela. He embraced ANC violence. That’s why he was in jail all that time. Is he  a bad role-model?

Second, Sir Arthur Harris. Aka Bomber Harris. Aka Butcher Harris. He masterminded the bombing of German cities during the Second World War. Between 13-15 February 1945, one German city, Dresden, was hit with nearly 4,000 tons of high explosives and lost 25,000 civilians. Overall, Harris’s bombs killed half a million German civilians. In 1972 he said he’d do it all again. In 1992 the Queen Mother unveiled a statue to him. Is he a good role model?

Third, Winston Churchill. In 2002 the British public voted him the Greatest Briton ever. It seems the Greatest Briton ever wasn’t too keen on Indians: “I hate Indians. They are a beastly people with a beastly religion.” Maybe that’s why he was responsible for the Bengali famine of 1943, when food was withheld and more than three million Indians died. When a statue to Churchill was unveiled in Parliament Square in 1973, his widow Clementine was there, as were the serving British prime minister and four former prime ministers. Queen Elizabeth gave a speech in his honour.

Here, Virginia, pass me that bucket, would you?

There is nothing aspirational about an unrepentant terrorist

This is #ridiculous #shameful #shocking that a school would use a ruthless #terrorist as a role model.

Kenny and Mairia are shocked and saddened
Poll- climbing