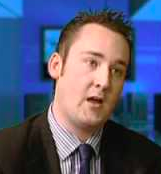 This morning there are a number of people who seem to have just now become aware that Mary Lou McDonald attended a commemoration ceremony for IRA volunteers in East Tyrone last year. Victims campaigner Kenny Donaldson says Mary Lou’s attendance will have “a chilling and deeply damaging impact upon the lives of those innocents who were so grievously harmed.” Kenny also sees this kind of action as bad for our future: “Whether you’re an actual terrorist, someone who romanticises or glorifies acts of terrorism or are someone who seeks to dilute the effects of terrorism through explaining it away as an unfortunate yet necessary outcome – you are the problem and not part of a better solution.”

This is where I have to struggle very hard to accept that Kenny Donaldson is sincere in what he says. Because if he is, he will know that in a period of violent conflict, those who die on one side or another are invariably commemorated by those who sympathised with them. Every year, those who sympathise with the British armed forces and their many actions down the decades gather to commemorate those soldiers and to praise their sacrifice. Every year, thousands of bands march to commemorate the slaughter at the Boyne. Why not republicans?

Is it because the term “terrorist” is attached to them? If so, it’s very creaky grounds for condemnation. Terrorism involves striking terror into the heart of your enemy: the entire nuclear armaments industry is built on terror. And it’d be fair to say that those Syrian civilians who  in recent months were under sustained  bombardment, expected at any minute to be  blown to bits – they were terrorised by the many bombers pummelling them. All warfare is a matter of who inflicts most terror. On the other hand, if by “terrorist” Kenny is referring to a guerrilla-type conflict, why should that be seen as any more reprehensible than all other methods of killing the enemy?

Mairia Cahill ( for it is she) joins Kenny in the anti-Mary Lou chorus:

“Both Michelle O’Neill and Mary Lou McDonald have, over the past number of years, gone to great lengths to eulogise IRA volunteers and go to commemorations…Mary Lou comes from the leafy Dublin suburbs, a world apart from what people who grew up in west Belfast experienced. For her to defend a past that isn’t hers – not only defend it, but laud it by attending a volunteer commemoration, is quite astonishing.”

Oh come on, Mairia: what ‘great lengths’? Did they have to swim across rivers to get there? Walk barefoot for miles? Perhaps  you really mean “they decided”. As for arguing that Mary Lou comes from Dublin’s  (cliché alert) “leafy suburbs” and not West Belfast, and so is “defending a past that isn’t hers” – oh dear. You’ve just sprinted up your own verbal cul-de-sac, Mairia. You’re surely not saying we can’t sympathise or align ourselves with a people or a cause – Jews in Nazi Germany,  blacks in apartheid South Africa,  the victims of Dresden and Hiroshima and Nagasaki  – because our background is different from theirs? One can’t defend/sympathise with/honour an action or a people, if one wasn’t numbered among those people?  Sorry, Mairia. That’s a dead parrot you got there.

In conclusion, Mairia declares herself “astonished” by Mary Lou’s attendance at republican commemorations. Really? You expected she’d make a point of rejecting all those republicans who were killed during the years of the conflict?  You’ll have to get out more, Mairia.

All that said,  it’s possible that I’ve succumbed to the temptation to dismiss those with a different view from myself and have concluded that they either have a slack grip on the matter in hand or they know they’re on the wrong side of history and are keen to do a leger de main that’ll dazzle their opponents into believing that black is white. So yes, I could be completely wrong and Mairia and Kenny may  have the  only true insight into this matter. If so, why are they hiding that insight behind daft arguments?

One thing’s for sure: this co-ordinated assault by Arlene, Kenny, Mairia and others, aimed at locking republicanism into the sin-bin of history, has as much chance of success as Mary Lou McDonald being decapitated by a frisby or Michelle discovering Elvis working in a chippy in Clonoe.