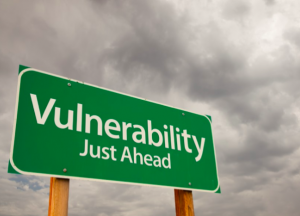 “You can judge a society by how it treats its weakest members.” That was Mahatma Ghandi’s view and it’s hard to think of a better measuring-rod. So how are we doing?

Let’s do it with housing. In late November 2017, 8,857 people were judged to be homeless in the south of Ireland, with a rise of more than 30% in the number of homeless families compared to November 2016. This, you’ll note, in a state where the economy was judged in 2014 to be the fastest-growing in the EU.

And here in our North-East Nest, feathered by Mother Britain? Consider the NHS and its operation here. With one of the five healthcare trusts, should you be waiting for an appointment with an orthopaedic consultant who is a specialist in spinal conditions, your wait will be 155 weeks. No, Virginia, I didn’t say 55 weeks, I said 155 weeks. If you’re looking for attention to your upper limbs, you’ll wait some 127 weeks

And such waits are getting worse, not better.

You might want to ease these charges by pointing out that the economy in the south, particularly the housing market, suffered a severe crisis in 2008. But we know that the south is now a prosperous place; it’s just that the wealth is divided in a painfully unequal way – the top 10% in the south have more than half of the net wealth.

Here in the north,  you might say that things  would be so much better if we had an Executive in charge. Alas. The block grant from Westminster is shrinking annually in real terms, so even if we had an Executive , there’d still be less money for everything, including health. And if you don’t believe the Tory government is intent on privatising the NHS, maybe you should see a doctor and get your head checked.

As if this  uncaring treatment of the weak and vulnerable weren’t enough, a moment’s consideration of how money is spent by the government of the UK (for which the DUP are acting as a Zimmer frame) puts the star on the top of the magic money tree.

The UK  spends money  in all sorts of ways –on  roads, education, public buildings. But the eye-catcher is what it spends on nuclear weapons. The NHS aims to save lives and help sick people get better. Nuclear weapons promise to make healthy people very sick and to kill as many  as possible.

How much will the nuclear weapons, in the form of a replacement for Trident, coast? A strategic defence and security review for Britain in 2015 figured that it’d cost a bit more than expected. The estimated cost of four new Trident submaries had been £25 billion, but in 2015 the review said it’d cost £31 billion. The total cost, according to CND,  will come to a bit over £200 billion. Actually  £205 billion, but let’s not quibble over a measly £5 billion.

You might want to remember what’s being done with that amount of money, the next time you see a charity selling daffodil badges to help with care for the seriously ill, or when money is being raised in the community to try to buy a new MRI machine for the local hospital.

Death? Our masters are very good at that, even as they cluck their tongues over the killings here during the Troubles. Civilized care of the vulnerable? Pshaw!

Mahatma had them figured long ago.

View all posts by Jude Collins →
Statues and buckets of faeces: what do you think?
He lives! Blair is back