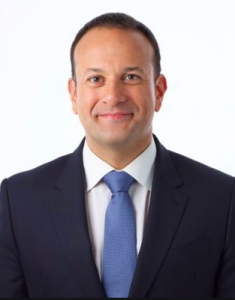 According to polls in The Irish Times this morning, Sinn Féin are showing the kind of numbers they’ve been showing for some time now. While Fine Gael are almost out of sight with a 34% rating, Fianna Fail can feel reasonably happy with 25%, Sinn Féin show at 19% and Labour at 3%.

Now there are all sorts of little additional comments could be made on each party. Fine Gael has actually slipped 2% from its last figure; on the other hand its leader Leo Varadkar is showing a whopping 60%. Fianna Fail doesn’t seem to have suffered too much from Micheál Martin’s pro-abortion statement earlier in the week, even though many in his party feel uneasy about such a stand; Sinn Féin are in the middle of leadership transition; and while their party popularity stays pretty much the same, its leader Gerry Adams is showing at 27% – puny enough when put beside Varadkar’s 60%.

So what should Sinn Féin do to put some oomph into the party’s ratings? If you believe at least one columnist in The Irish Times, they should show themselves magnanimous and re-enter government in the north with their fearful, inward-looking DUP partners. This would have the advantage of showing the southern electorate that they remain focused on northern reconciliation. Southern voters might then be impressed by Shinner maturity and respond with  higher ratings and, when the time comes, more votes.

There’s another way of looking at the way ahead for Sinn Féin, summed up best in Martin McGuinness’s “There’ll be no return to the status quo”. Bluntly put, this view believes that to get the attention of unionism you have to first hit it over the head, and when you’ve done that, explain how things are going to be if they’re going to be at all.

I confess to being drawn to the second group. There is no doubt – in fact it is the one great certainty – that without reconciliation with unionism, Irish reunification will be very hard if not impossible to achieve. That said, gestures of reconciliation have been made by Sinn Féin – notably in the person of Martin McGuinness – but have been met with at best rolling unionist eyes and at worst amused unionist contempt.

My guess is that unionism knows that republicans are sincere in their attempts at reconciliation. Reciprocation is near impossible for unionism, however, for two reasons: (i) the pain and loss that many unionists suffered at the hands of the IRA still feel raw; and (ii) unionist politicians have a fear that if they were to show a sincere response to Sinn Féin gestures, the unionist voting population would turn on them and rend them limb from limb.

That’s the point where leadership comes in. If a leader isn’t pointing to new possibilities, facing up to new challenges, leading his or her people to fresh woods and pastures new, then they’re not doing their job. The mediocre leader will rally the troops by issuing the tired old war-cries heard a thousand times. The good or great leader will energise the troops by pointing to new possibilities, new ways forward.

The job of the two women leaders of Sinn Féin – Michelle O’Neill in the north, Mary Lou McDonald in the south – is to make clear to unionism that insistence on the fulfillment of earlier pledges isn’t asking for very much, but that where that can be guaranteed, Sinn Féin is willing to resume its pattern of bold, ground-breaking gestures in an effort to bind the northern people – all the northern people – together.

View all posts by Jude Collins →
Alban,Gary and David: three men, one mind
The Craigavon Two: put in prison because somebody had to be