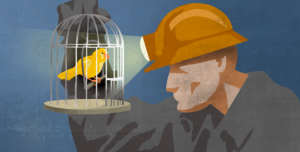 This distinction is interesting, in that the recent letter from civic unionism, headed by Dr James Wilson (late of the British army) and Prof Peter Shirlow, (currently of Liverpool University) aims to both engage with and challenge civic nationalism. The signatories want to make clear that civic unionism isn’t passive or opposed to equal rights. Put another and blunter way, they want to challenge nationalists’ claims about a lack of “equality, integrity and respect” as articulated by Sinn Féin. The signatories want to highlight the values and beliefs we all share. This, they believe, will allow the voices of broad unionism and nationalism to be heard.

Right. Among the things the original letters from civic nationalism sought to highlight was that the absence of “equality, integrity and respect” was not solely a concern of the Shinners or the SDLP: it was something all nationalists were concerned about. This letter from civic unionism seems to be emphasizing something similar: that it’s not just the DUP or the UUP that don’t get what is nationalism’s problem. The implication is that there’s a need to explain, or maybe to reveal that there’s nothing to explain, because there is no lack of “equality, integrity and respect.”

I like the idea of nationalists and unionists coming together to examine what they have in common. I would suggest they start with recognition of the common bond of Irishness, but that might be to risk the outraging of unionism. So what could the initial meeting of this broad church unionism  and broad church nationalism address?

Easy. They should address what has become for nationalism the canary in the cage, the item which tests whether the noxious fumes of unionist hegemony still pervade our society from the bad old days. They should address the question “Why would anyone intent on equality, integrity and respect in this society deny what is available to citizens in Scotland and Wales: an Irish Language Act?”  Particularly since it’s been promised, in writing, by the British government.

Depending on the answer to that, the canary will chirp cheerfully or keel over, and we’ll know whether or not broad unionism has a secret sash hidden at the back of its wardrobe.