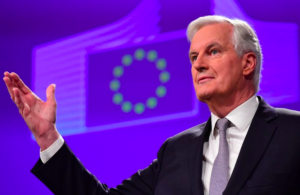 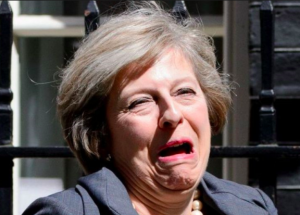 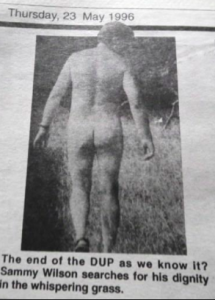 Appropriately enough, the Germans have a word for it – Der Tag,The Day. This is the day when the car containing the Tories and the DUP comes hurtling towards the EU wall of reality. How to devise a frictionless border? Easy, the EU is saying, in clear legal language: let the north of Ireland remain as it is, governed by EU rules and regulations, just like the south of Ireland. As Bertie Ahern has said, those who’ve said they want a frictionless border (everybody) shouldn’t be moaning: this gives them a frictionless border.

The problem, of course, is a UK problem. A frictionless border drives a wedge between our own little NEN and the rest of the UK. The DUP and unionists, naturally enough, would be less than keen on that. Theresa May has said she won’t go along with anything that makes distinctions for different parts of the UK and their relationship with Europe. In other words, no border in the Irish sea.

The document being issued by the EU today is  a draft document: something to be used as a basis for negotiation and discussion. But if Theresa May has already nailed her colours to the mast of UK integrity – no different rules for different parts – and the EU has nailed its colours to a uniform Ireland, running from Derry to Dingle,  an area of unimpeded trade and EU regulations, the only way those two nailed positions can be reconciled is if the UK in its entirety stays in the customs union and single market. Alas, rejection of that last one is ALSO something Theresa May has done a bit of mast-nailing on. (Has she caught the DUP NO germ?)

But let’s assume Theresa is of sound mind and body.  If she did not depend on her DUP back-up team, would she go along with this morning’s EU draft document? It’s tempting to say “Like a flash”,  but that wouldn’t necessarily be true. If it were simply a matter of ditching our NEN with no implications for the rest of the UK, Theresa would make a rat going up a drainpipe look slow. But it does have implications for the rest of the UK. If the north of Ireland is given special status in its relationship with the EU, who’ll be next in line? Correct, Virginia – Scotland. And if Scotland doesn’t get special status similar to the NEN’s, the Scottish referendum thing will be firmly back stage centre. So of course Theresa is keen not to have a border in the Irish Sea.

So with one eye on her DUP propper-uppers and the other on independence-minded Scotland, Theresa is unlikely to welcome the EU back-stop option.

But in all this, we shouldn’t forget the DUP themselves. Yes,  they’ll be shouting from every roof-top available that they will not, repeat will not have a border in the Irish Sea. Everyone here in the NEN must appreciate that we’re as British as Finchley. And if the Tories try treating a square inch of our NEN differently, what then?

At the height of the cold war, there was a cartoon in The New Yorker, showing a miserable-looking caveman and his family huddled under a huge overhanging rock. There’s a stick holding up the rock, and a rope of animal-skin is tied around the stick and held in the depressed-looking caveman’s hand. He’s saying  to a visitor “The way it works is, if they come in here, I pull away the stick.”

That’s how the DUP are fixed. They have got leverage with the British government, to bend them to their will; but once they exert that leverage, they themselves will suffer as much if not more than anyone else.

So the question for Sammy and Gregory and Jeffrey  this morning is: Do you feel lucky today? Well, do you, guys?