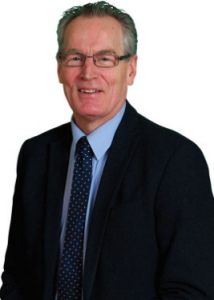 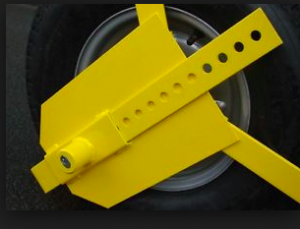 There are times when the  only viable reaction to an event is  to punch the air and yell “Wooo- hoooo!”  Or alternatively, “Gwan, ya boy ya!”  This is one of those times. I’m referring, of course, to the response of Gerry Kelly MLA when he emerged from an early morning gym session to find his car had been clamped. Instead of doing what the rest of us would have done – grinding of the teeth, calling on the heavens to witness this gross injustice, asking ourselves what we had done to deserve this- Gerry Kelly instead addressed the problem. I have a clamp on the wheel of my car. I don’t like this clamp. I think I can solve this problem. And so he took a metal-grinder,  set it to do what metal-grinders do best, and placed the severed clamp carefully on the pavement. He then drove off to an appointment.

If like Jim Allister you think that this was a shockingly anti-social act, ask  yourself this question: what’s the last time  you had a traffic warden – one of those redcoats – round to your house for dinner? Or voted for one of them as Person of the Year? Or that, when you saw them, you didn’t wonder why they couldn’t get a job where they didn’t make the blood of the general public boil and bubble?  I mean, even Stephen Nolan doesn’t like them.

For younger readers, this final reference will mean nothing. But there was once a totally splendid film called Cool Hand Luke featuring Paul Newman.  The opening sequence shows Paul Newman moving down a street of parking meters. Methodically, he uses an efficient tool he had to decapitate meter after meter. “Just settling a few old scores”  is how I remember him explaining his actions. From those opening moments, the entire cinema audience murmured their happy approval and were on Newman’s side throughout the movie.

View all posts by Jude Collins →
Ben, elderly soldiers and disputed killings
Why was the Civil Rights movement overwhelmingly Catholic?