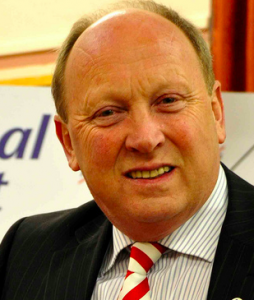 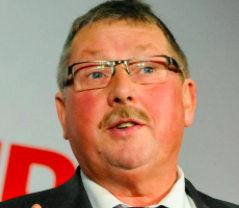 We in this turgid little north-eastern corner are often urged to listen to each other. Sometimes, those encouraging listening will point out that we have two ears and one mouth. OK. So let’s listen to two of our political opponents’ take on recent events.

Jim reminded us in the News Letter a while back that there is a ban on using Irish in British courts:

“Legislation stating that English is to be the language used in our courtrooms dates back to 1737, and it is there for a good reason. The giving of evidence, particularly in a criminal trial, is about more than what a witness says, it is also about how it is said. A jury weighing up this evidence will not just look at the words used, but also the tone of those words and other nuances. Much of that would be lost in translation.”

Besides which, Jim seems to be making a case for those things that are non-linguistic – “more than what a witness says” . This covers matters like tone, and non-verbal hints that help us understand each other. But wouldn’t that be equally the case with someone speaking in Irish? In fact, for those less proficient in Irish, ignorance of the meaning of the words would leave them free to focus on just those things: tone, non-verbal language, “hints of all kinds.”

I know a peace-loving man like Jim would never shoot anyone, even in the foot, but he appears to have come dangerously close to doing that to himself with this argument.

Second to the mic, Sammy Wilson:

“The time for platitudes is over and it is now time to face up to reality. We wanted devolution to work but it is now clear that there not going to be grounds for an agreement to restore power-sharing any time soon. …Call it whatever you want: direct rule, ministerial intervention, whatever.”

The phrase that jumps out at me from that is “We wanted devolution to work”. I mean, come on, Sammy. As a party the DUP has set its face against an Irish Language Act. That might tell us quite a bit about their attitude to respect and reconciliation, but it would be their prerogative. Except for one awkward fact: the St Andrew’s Agreement. This Agreement in 2006 was signed up to by the DUP. In it the British government committed itself to delivering an Irish Language Act, You doubt that? Then try this:

“The [British] Government will introduce an Irish Language Act reflecting on the experience of Wales and Ireland, and work with the incoming Executive to enhance and protect the development of the Irish language.”

Can the DUP say “Ah but that’s the British government signing up to an Irish Langauge Act, not us.” Well yes. But if you sign an Agreement with a number of headings, you’re declaring that you accept these headings – all these headings. If you sign an agreement with three of your neighbours, with each giving commitment to do certain things, and then one of the neighbours doesn’t bother doing his/her certain thing, you’d surely accept responsibility as a party to that agreement and insist that everyone carry out all commitments.

We have two ears and one mouth, but sometimes it’s important to make sure that what comes out of your mouth squares with the facts. If it doesn’t- and in this case it certainly doesn’t – then this failure of integrity should be highlighted. Otherwise some trusting souls out there might believe that when the DUP gives its word, it means something.

View all posts by Jude Collins →
Last night: nice Jeffrey on a sticky-as-syrup wicket
Saturday pics of the week