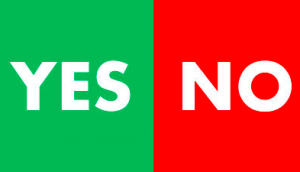 Here’s Arlene Foster on telly a while back:

“If there was direct rule in the morning, it’d really be joint rule between London and Dublin”.

Which is reasonable point to make. Ever since the Anglo-Irish Agreement allowed Dublin to get its foot in the door, things have changed. The presence of the Taoiseach when the British prime minister or secretary of state was making some announcement was as good as declaring that this was NOT an internal UK matter, as had been stoutly maintained by unionist politicians and the British government, but a matter which involved the rest of Ireland. No wonder there was such wild unionist opposition; no wonder Ian Paisley roared “Never! Never! Never! Never!” But it didn’t work. The Anglo-Irish Agreement stayed in place until it was replaced by the Good Friday Agreement – brought about by the involvement of even more outsiders like the EU and the US.

Now, of course, there are voices saying that the Good Friday Agreement is finished, has served its purpose, nobody wants to have shared power operating out of Stormont any more. It’s an understandable position to take. When the people you’re working with sign up to various matters, including an Irish Language Act, you naturally expect that to be realized in practice. But that doesn’t seem to be working anymore.

The  failure to implement an Irish Language Act is troubling on two fronts. First, of course, the DUP were signatories of the St Andrew’s Agreement, which means the DUP committed itself to the implentation  of what was in the St Andrew’s Agreements. That’s the nature of the baste, as they say. You sign a contract, you give your (written) word that you’ll stand by the above. Have the DUP done this? You don’t need me to answer that.

The second way the St Andrew’s Agreement is worrying is that the British government said they’d see to it that an Irish Language Act was passed. And have they? Um, no. Otherwise we wouldn’t be in the mess we’re in.

These days, people like Sammy Wilson are demanding the implementation of direct rule. But then, if you’re to take Arlene’s statement above, direct rule would mean joint authority with Dublin. So Arlene and Sammy would like to see joint authority established? Somehow I don’t think so.

It’s like the UK’s insistence that it’s leaving the single market and the customs union while at the same time insisting there’ll be no border to hamper trade and movement throughout Ireland: the statements are mutually exclusive. Likewise the DUP’s insistence that they didn’t sign up to an Irish Language Act when it’s there in black and white in the St Andrew’s Agreement. And now we have prominent DUP people calling for direct rule, which their leader has clearly stated will really mean joint authority. Clearly either the DUP has taken leave of its senses or there is somebody talking out of the side of their mouth with their fingers crossed behind their back.

Or to put it another way: someone is lying. You decide who.

So, Arlene Foster sets out the facts…… #GFA #StAndrews pic.twitter.com/hnZ7BnJvot

View all posts by Jude Collins →
What – us sign up to an Irish Language Act? Can’t remember that…
Five questions about abortion