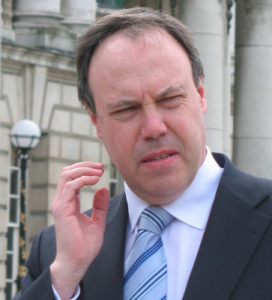 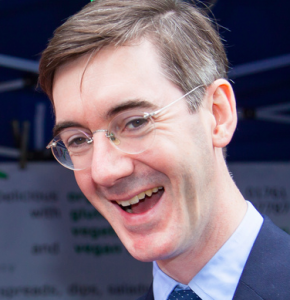 So that’s all right, then. The EU and the UK have agreed that the ‘back-stop’ option will come into place should the two parties find it impossible to come up with a better answer. Bad news, guys: there is no better answer. The can has been kicked down the road and now it’s giving off a strange ticking noise.

You’ll remember Theresa May said “Poo-ee!” to any notion of Britain staying in the customs union and the single market. And you’ll remember she also said “Poo-ee!” to any idea that our North-Eastern Nest would have different trading relations with the EU than other parts of the UK. The third option was the back-stop one: there would be no hard border in Ireland, for all sorts of reasons, not least the Good Friday Agreement and continued peace.

Have things been resolved? There were positive noises coming out of the latest meeting between the two sides but be under no illusion: nothing has been resolved, least of all about our NEN and a hard border. Since nothing is resolved until everything is resolved, and Simon Coveney and Leo Varadkar have vowed they will insist that Britain doesn’t backslide from its ‘back-stop’ position of seeing to it that no hard border exists in Ireland, it looks as if the Irish border will be the issue that gives Jacob Rees-Moggs his Brexit wet-dream: the UK crashing out of the EU, free to roam the world and forge the most amazing trade deals with places like China and Brazil, and bring Britain back to those golden days when it was Great.

If Theresa May doesn’t decide to stop allowing the DUP tail to wag the Tory dog, we’re all heading not for Rees-Mogg Fantasyland but for a real-world nightmare.

The ticking has just got louder.