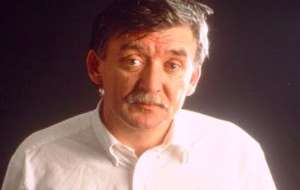 Perhaps a statue of O’Callaghan should be erected next to that of Edith Cavell yards from St Martin’s in The Field by the National Portrait Gallery. Cavell was included in the Church of England’s Calendar of Saints following her execution for spying by the Germans in 1915.

The British claimed she was an innocent and within months boasted that her execution was worth a couple of Army Corps (tens of thousands of men) to them as generous, gullible and chivalrous young men rushed to their colours.

A century later, in 2015 the ex-Director of MI5, Dame Stella Rimington confirmed that Cavell  WAS  passing information to the British. Quixotic men killed and were killed and maimed because of British Government Lies. The Germans had Cavell BANG TO RIGHTS.

I hope the Basque journalist appreciates that it was an MI6 man, Hugh Pollard, who flew the Murderous Mutineer Francisco Franco from the Canaries to Spanish Morocco, his launch pad for the enslavement of the Iberian Peninsula. Perhaps he does and approves of the bombing of Guernica?

View all posts by Jude Collins →
Mary Lou and the media
Ian and Donald and the pleasure of your company, Mr President