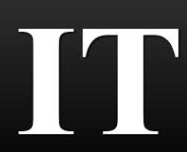 As I sometimes do, I’ve started the day on the wrong foot: I read the Irish Times editorial.

It wrings its hands over the Good Friday Agreement (naturally it refers to it as ‘the Belfast Agreement). It then blames everybody – Sinn Féin, the DUP, the British government, the Dublin government. It quotes the wise words of Peter Robinson, who said last week “We can’t allow all that has been built up over the past years to be lost”.

Right. That’d be the same Peter Robinson who made an agreement, dug the first sod of the development at the Long Kesh site; then from the safety of the US sent a letter saying he had mis-spoken and mis-dug, there was going to be no shrine to terrorism at The Maze. This’d be the same Peter Robinson that was to meet with Martin McGuinness, who travelled from Derry to Stormont and found himself sitting twiddling his thumbs. No Peter.

No party, including Sinn Féin, is free of blemish or blame. But when the scales are so obviously weighted on the side of unionist arrogance and bad faith, writing I-beat-all-my-children-therefore-I-am-fair editorials is a sad cop-out from a newspaper that sees itself as the voice of thinking Ireland.