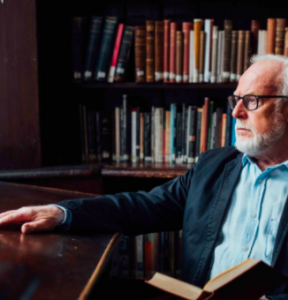 I’m always impressed by people with triple-lock names: John Wesley Harding, Franklin Delano Roosevelt and, in the Irish Times this morning, John Wilson Foster. In an article entitled ‘United Ireland campaign is based on a delusion’, he goes on to speak of, among other things, the people whose photographs appear in the Ulster Tatler. I’m not sure that basing your opinion on people who allow their photographs to appear in the  Ulster Tatler is basing it on sanity, let alone logic. But let’s look at what John Wilson has to say.

“Catholics must be constantly reminded that they are an oppressed minority.” Mmm. The way things are going, John W, the minority bit will pretty soon drop out of that sentence. Check the census figures.

Mr Foster goes on to comment on how the Catholic middle classes, through education at places like Queen’s University, need constantly reminding that they’re under threat. “The kettle must always be kept on the boil.” Don’t fret about that one, John W. Two minutes of Sammy Wilson or Arlene Foster or Nelson McCausland provides enough steam to keep the kettle lid rattling for another six months.

John W, of course, sees Sinn Féin as the arch-enemy, ever intent on preventing “normalisation of relations”. What he means, I think , is that Sinn Féin encourages Irish people to think about and work for Irish unity and independence, and to reject the notion that people in Westminster should make laws for the people of Ireland. “Normalisation of relations” was what unionist leaders and media outlets used keep urging, back in the early days of the civil rights marches. Translated: “Please stop creating trouble, you Catholics.”

John W goes on to talk about having Catholic friends who are unconcerned about living in the United Kingdom, and he wishes such people would speak out.They already have, John W. Check the media north and south and you’ll find plenty from a Catholic background who make quite a good living  by being contemptuous of the idea of a United Ireland. The ones who are not speaking out are the Catholics/nationalists/republicans who have got tired of having their identity treated with amusement, and tired of  red-faced men who  strap drums to their stomach, the better to beat out yet another verse of  ‘The Green Grassy Slopes of the Boyne’.

And then there are those pesky people who signed that letter to the Taoiseach – 200 of them (including me) who declare themselves to be, as John W reads it, ” in a state of exile and bondage”. No, Virginia, I have no idea what he means there. I suspect it’s an echo of either the Bible or an adult magazine.

Our IT scribe then tells us that there is more practical need for Polish and Cantonese than there is for Irish. Oh dear. If you can’t see that the Irish language is something beyond a utilitarian tool,  John W, you need to do some catching up. The Irish language is perhaps the gem in the Irish cultural crown, and the number of people fluent in it (which is growing by the week) has little if anything to do with the esteem in which Irish people hold it. If you want a canary-in-the-cage test, try mocking the language (hello, Gregory) or crushing it (hello, nineteenth century British rule in Ireland) and you’ll be rudely jolted out of your utilitarian rut,.

JWF  accuses Sinn Féin of “magical thinking” in claiming that a united Ireland is inevitable. Nothing beyond death, taxes and anti-nationalist writers in the Irish Times is inevitable, John W, but since Irish people have felt frustrated by partition for a hundred years and with British rule for several centuries, I think you can take it  they’re going to keep pushing until they get that outrageous thing, the right to govern themselves, free  from British interference. The fact that you don’t hear pro-unification sentiments among your pro-union friends and colleagues doesn’t mean there isn’t a growing number of people throughout Ireland with sentiments of a sharply contrasting nature. Your urging that  those who desire a united Ireland “should trust in cultural evolution and the fullness of time” just doesn’t cut it any more.

John W ends his article by saying that he’s been studying Irish literature in English for decades, and now “they [Sinn Féin] will be gratified to know, have just about convinced me that I have pursued a foolish career.” As someone who has also spent years study Irish literature in English, I’m damned if I can see how a political party could make me feel such study was futile. Literature, like the Irish language, has cultural value regardless of how politics does or does not evolve here.

JWF’s  final paragraph leaves us with the receding image of contented  faces smiling from  the pages of the Ulster Tatler, people “only wanting the good time they deserve.”

When you translate and compress him, John W is clearly singing what used to be a common unionist refrain: why can’t we get back to the days before the Troubles, when the sun always shone and Catholics lined the streets applauding the Twelfth bands? Ah, indeed, those dear dead days of yesteryear, that land of lost content. I feel your pain, John W. Might I respectfully suggest you retire to a darkened room and listen to Sam Cooke’s “A Change’s Gonna Come”? He says more in ten seconds of singing than your article does in thirty-four confused paragraphs.

And just so you know I’m not making this up, here’s John Wilson Foster uncut:

View all posts by Jude Collins →
How to get ahead in politics
Brexit: tick-tick-tick