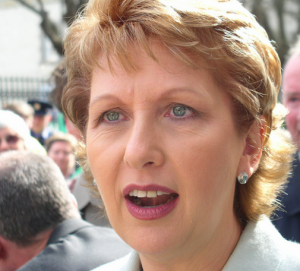 Former Irish president Mary McAleese is a woman for whom I have the highest regard. Not only is she highly intelligent, she has a charm to which just about everyone responds, and like Martin McGuinness, that charm comes naturally. Which is why I feel some regret in responding to her recent statement about her “baby brother” and the “sustained, sadistic physical abuse” he suffered during his years in St Colman’s in Newry.

Perhaps if she’d had the opportunity or took the opportunity to say what form this abuse took, I wouldn’t feel at odds with her statement. Or with her claim about the hurt inflicted on her 90-year-old mother when she first heard of this abuse by reading about it in the Belfast Telegraph.

Let’s talk in broader terms briefly. There is a troubling tendency for some people to lump together all forms of abuse of children. This is a mistake. There is a serious difference between physical abuse and sexual abuse, and to her credit Mary McAleese has made it clear that her brother was abused physically, not sexually.

There are also different levels of physical abuse. Is a mother smacking her child on the arm for refusing to go to bed guilty of physical abuse? What about a cuff on the head by the child’s father? Mrs McAleese doesn’t, as far as I know, tell us what level of physical abuse her brother suffered during his six years in St Colman’s in Newry. I wish she had.

I spent six years in St Columb’s in Derry in the 1950s . During that time I was taught by some of the most dedicated, effective and humane teachers you could meet. I also was taught and supervised by some of the most violent men I have ever known. Strapping on the extended palm was an everyday occurrence. Slaps across the face were also commonplace. Grabbing a boy by the hair and shaking his head were far from unknown. Punishing people for literally nothing was, in the eyes of some teachers, a good joke.

And violence wasn’t confined to teachers, both priests and laymen. Modelling the colonial system, the school appointed a group of senior boys  as prefects, with the job of keeping order among the younger boys. This they did by reprimand and by a system known as The Libs, where any misbehaving junior boy was summoned and twelve stout prefects took it in turn to whack the miscreant across the face with the flat of their large hands.

Beyond that, violence permeated the college. Senior boys used snowball fights and a ‘baptismal’ system of ducking to punish younger boys they didn’t like. For a senior to take a thump at a passing junior boy was commonplace. The grinding monotony of life was alleviated by the occasional fist fight between two boys almost always from the same year. All this the authorities knew about.

During my six years in the schoool I was both on the receiving end of physical violence and, I’m sorry to say, guilty of meting it out on occasion.

For years, decades even, I resented the treatment that I and hundreds of others went through, and regretted the system of violence into which I had allowed myself to some degree to be sucked. But eventually I realized that I was blaming individuals for what was the zeitgeist – the tone and tenor of the time.

Physical punishment was what adults did. Dennis the Menace in The Beano invariably ended up being beaten by his dad. Policemen who gave young lads a thick ear were commended. My own father, whom I loved and love, kept a stick for punishment lodged behind a picture of the Sacred Heart. Even in the late 1960s when I started teaching, the strapping of boys was commonplace.

Mary McAleese’s brother was the “baby brother” of eight siblings. I was the “baby brother” of seven siblings. Did my mother know what was happening to her baby boy in St Columb’s College? Of course she did, as did the mother of just about every boy. Had I told her I’d been strapped or thumped, she’d have told me I must have been up to something bad and I should stop bothering the poor priests and teachers.

What is considered acceptable and unacceptable very much relates to the time.There was a time when God-fearing men and women believed  in slavery. And a time when upstanding men felt women shouldn’t have the vote. Or read the news on radio or television. Or wear “trouser suits”.

The men who thumped and strapped me during my teen years were doing what they thought teachers should do – keep order, encourage learning. Or maybe they were just afraid of the rough collection of young thugs facing them.So naturally  they threatened or meted out physical   punishment. My father and mother lived at a time when the one terrible thing to do would be to “spoil your wains”. The avoiding of this, they believed, was their first obligation as parents.

It comes down to this: when we judge the past, we do well to take into account the nature of the time and not apply the criteria of the present. Perhaps Mary McAleese’s “baby brother” was beaten in a sustained, sadistic way. But she’d do well to remember that beating in one form or another was, for a long time, what teachers did. And parents would have been shocked not at its occurrence, but at its absence.

View all posts by Jude Collins →
Seven questions for consideration before hobnail-booting Barry McElduff
Theresa, Sergei and the nerve stuff