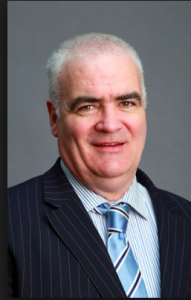 In his article in today’s Irish Times  (‘Sinn Féin must end abstentionism’) ( Noel Whelan shows that he’s not very good at counting MPs and even less versed in  policies north of the border.

Whelan  rightly accepts that Sinn Féin cannot end their policy of Westminster abstentionism, since they were elected on an abstentionist mandate. But he urges them to abandon abstentionism at the next British general election: “Even if the next Westminster election comes after the Brexit deal is signed,… there would still be much which Sinn Féin MPs, as voting representatives of Northern Ireland nationalism, could achieve in that parliament, not least in shaping how that Brexit is implemented.”

The present situation, where 10 DUP MPs are propping up the shaky Tory government, giving it a working majority of 13, is as influential as it gets for MPs from Northern Ireland. Has  Whelan ever watched a Commons debate dealing with the north of Ireland? More empty seats than you’d get at Mass on a wet weekday;   north of Ireland accents echoing around the chamber as if to amplify their own impotence.  British MPs have no votes to win or lose in Northern Ireland; 99% of the time they find our NEN an embarrassing irrelevance.

As an observer of northern affairs, Noel Whelan should know that the Sinn Féin policy in the north for decades has been the opposite to what he proposes: energies are engaged in repatriating as many powers as possible from Westminster. Justice and Policing, the Stormont Assembly, the Executive: all these are powers Sinn Féin has worked tirelessly to bring back from Britain to the north of Ireland. Despite Noel Whelan’s heavyweight influence, they”re unlikely to reverse that policy to become enmeshed in Westminster politics.

As many of you know (I hope), for  the anniversary of Martin McGuinness’s death next Wednesday I have put together  a book of interviews with people who knew the Sinn Féin leader during his life: Senator George Mitchell, Jonathan Powell, Peter King, Gerry Adams and 23 others speak of him. 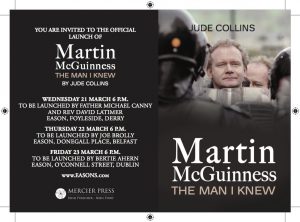 In her interview, Baroness Eileen Paisley quotes her husband addressing John Hume when power-sharing first appeared on the horizon: “You know, John, you and I could run this country the very best, because you have the voices of the Catholic people and I would speak on behalf of the Protestant people”. Martin McGuinness frequently used quote  Paisley as having said similar words to him, with the added thought “We don’t need these people coming over here from London, Martin, telling us what to do.”

Ian Paisley’s party,  for their own reasons, have for the present chosen to become entangled in Westminster politics. But both the DUP and Sinn Féin are united in a desire to revive devolved government.  Certainly Sinn Féin has nothing to gain from throwing into reverse its policy of repatriating powers to  Ireland. So they’re unlikely to do a handbrake turn at the next Westminster election, even at the urgings of a man as wise as Noel Whelan.

Did you say it wasn’t Russia? How dare you! Booooh!
Must we trim back our Irishness? You must be joking