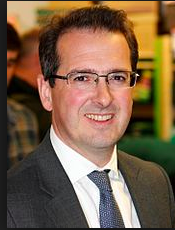 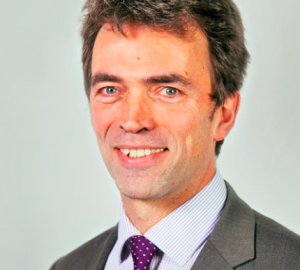 In today’s The Observer, there is an editorial on Theresa May’s hapless and hopeless speech on Friday. The Observer slams it for being hapless, hopeless and leading the people of Britain towards “an act of self-harm”. It gives one sentence to the Irish border: “Even this prime minister’s special talent for delusional politics cannot conceal the fact that she still has no real clue how to avoid a hard border with the Republic of Ireland.”

The Observer is, of course, stating the bleeding obvious. DUP politicians have now got to the stage of denying that a hard border would pose a threat to security. Arlene Foster’s judgement: “It is important to be clear that no threat exists to the Northern Ireland peace process.” Am I the only one who remembers Operation Harvest from the 1950s, when IRA units attacked border posts, sometime suffering casualties such as Sean South, about whom a ballad was penned and sung? The 1950s IRA had virtually no support in the wider public. I’m guessing that today’s dissidents have more fire-power than the IRA of the 1950s.

Of course I may be wrong and Arlene & Co may be right. Maybe Brexit will pose no problem to a future border. But here’s an interesting thing. A friend of mine who knows how to find things out has, through a Freedom of Information request, established that a security assessment of the Irish border has been carried out. What did that assessment conclude ? They wouldn’t tell him So he has written to one Labour MP and one Lib Dem MP.

He wrote to Labour’s Owen Smith. Smith responded “I did receive it [your communication] and am writing to the Secretary of State asking that he disclose all of the analyses done by Government regarding the security and economic threats posed by a hard border.” That was the last my friend heard from Owen Smith, despite repeated follow-up emails to him.

He wrote to the Lib Dem MP Tom Brake, asking him about more information on the implications of a future border, particularly if a security assessment had been done. Brake said he would look into it. Despite repeated emails, that was the last my friend heard from Brake.

During Prime Minister’s Questions yesterday, the Tory MP Paul Materton, asked, in relation to the Irish border, for assurances “that all the options considered by the Government will be accompanied by a full security assessment?” He was assured that the government would do this – but there was no disclosure of the fact that a security assessment of a Brexit border had already been carried out.

So let’s sum up. Through a Freedom of Information request, my friend established that a security assessment on a future border had been carried out, but could get no details on what the assessment found. Two MPs – Labour’s Owen Smith and the Lib Dems’ Tom Brake – promised they would look into the matter and then did nothing. And finally a Tory MP asks about border security and isn’t told that a security assessment has been already carried out, let alone what it revealed.

All  this shows you’d be a fool to rely on the word of Owen Smith or Tom Brake. It also indicates  that a security assessment on a future border has been done but it is being kept strictly hidden from everyone, including Tory MPs.

If the assessment found that there was no security problems with a future border, isn’t it likely that Tory politicians would have climbed the nearest high building and shouted to the world that there was no problem? That they have done the very opposite suggests  the security assessment has provided a bleak picture of any future border and security around it – so bleak, the public mustn’t know about it.

Maybe someone should tell all this to the de facto leader of the DUP, Nigel Dodds.

View all posts by Jude Collins →
The killing of Aidan McAnespie: imperialism in action
North Korea and the Irish border