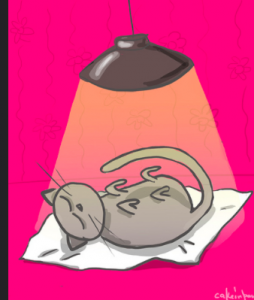 What’s more nauseating than a cat lying in the middle of the road with its guts hanging out? Well, try the attitudes of Sir Nick Clegg and Lord Michael Heseltine. The Good Knight and the Good Lord have expressed how they would feel, should Sinn Fin be foolish enough to take their seats in the British parliament. And remember, these are two stout Remainers, not your addle-pated Leavers.

The Good Knight first: “It [Sinn Fin taking their seats] would be something that would no doubt create quite a ferocious reaction amongst other people, other parties in parliament.”

And now the Good Lord: “I am absolutely clear that Sinn Féin’s arrival in Westminster would stoke memories which would not be helpful.”

Somebody should break it to the Good Lord that Sinn Féin have been in Westminster for years. It’s just that they don’t take their seats. But that’s a side issue. The point is that the Good Knight and the Good Lord both think it would be a very bad idea for the Shinners to enter the debating chamber. You ask why, Virginia? Because it would as the Good Lord puts it, “stoke memories” and that wouldn’t be helpful. Presumably what both the Good Lord and the Good Knight are referring to are not   memories of wild evenings at the Groucho Club or an evening at the Bullingdon Club with David Cameron and a pig’s head. No, I expect the “ferocious reaction” would come from MPs who are  they’re thinking of the Troubles, and how some casualties were inflicted by the IRA in Britain.

The guts-hanging-out-of-a-dead-cat thing  about all this is that these are the very politicians and parties who kept telling Irish republicans to lay down their arms and take the democratic path. Now it seems, more than twenty years after the Troubles ended, sitting MPs would get pretty “ferocious” if the Shinners popped into their debating chamber.

The assumption, presumably, is that the seven Sinn Féin MPs were involved in the killing of English people (and yes, of English horses also) and so decent-minded MPs would be revolted by their presence. Mind you, the amount of mayhem you could create in Britain when you’re maybe four years old or ten years old or fourteen. But that doesn’t matter. Even if it would save us all from Brexit, the Good Knight and Good Lord and presumably others like them don’t want those dirty Shinners coming near them.

So when all those appeals were made – leave the path of violence, seek a mandate, engage in poitics – the people voicing them were really only having a bit of a lark. And the thing ist, they still wouldn’t want them around, even if they took their seats.

Are they trying to urge Sinn Féin into the arms of the dissidents, or has the Moral Outrage bug found its way from the DUP into their systems?

Either way, I’d rather lie in the middle of the road with my face inches from guts hanging out of a dead cat than contemplate the arrogance and dismissiveness of these titled clowns. Granted, a snowball is likely to be found inside an erupting volcano before the Shinners are found swearing the oath of fealty and becoming another microgroup in the Commons. But it does tell you something about how British politicians, even the more moderate or liberal-leaning, view anyone who declares themselves to be in favour of ending British involvement in Irish affairs.

Did you say “Miaow!”, Virginia?