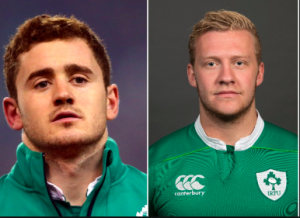 Q: What was a major feature of media reporting over the last six weeks or so?

A: What has become known as the rugby rape trial.

Q: Was this because it was a matter of  public concern, affecting the welfare of great numbers of people here?

Q: Why did it receive reporting in such minute detail?

A:It’s where you hide in a metaphorical cupboard and watch other people engage in sexual activity

Q: Has your respect for rugby players risen or fallen as a result of reading/hearing the details of this trial?

A: Neither. I never had a high opinion of rugby ‘culture’ and this has confirmed my low opinion.

Q: Why are there going to be demonsrations throughout Ireland in defence of the young woman at the centre of this case?

A: Because a considerable number of people believe she was put through a painful and humiliating time in the dock.

Q: Are the rugby players guilty?

A: Not legally. Legally they are innocent.

Q: What about non-legally?

A: Non-legally they stink.

Q: Finally – and pardon me if I’ve got this wrong – but did I hear you mention Martin McGuinness in relation to this case?

Q: You must be joking.

A: As I have indicated, large swathes of the population enjoy hearing about the sexual activity of the famous – I call it the closet complex.

Q: But where does the former Deputy First Minister come in?

A: Because large swathes of the public never tire of wanting to hear details of what Martin McGuinness did in the IRA.

Q: True, but what does that have to do with the rugby rape case?

A: The truth, but not simply. They are keen to hear the details of killings because it allows them to participate in violence from a safe distance, while at the same time expressing moral abhorrence for the very thing they can’t get enough of. From a safe distance, as I say.

Q: This morning’s VO/IN has on its front page a big close-up photo of Paddy Jackson. Is this journalism of the highest quality?

A: Perhaps not, but it sells papers.

View all posts by Jude Collins →
Hooray for the RAF! Hooray for the war crimes?
Expelling diplomats: better late than never, Ireland. Right?