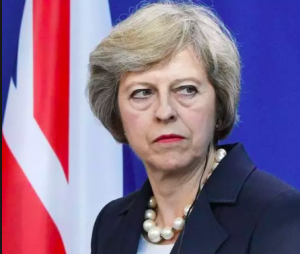 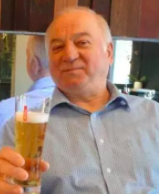 How dumb does the British government think people are? Yes I know – there are so many possibilities to choose from, it’s hard to know where to start. I’m starting with Sergei Skripal and his daughter.

Sergei, you’ll know, was a British-Russian spy, and when he and his daughter were in Salisbury, they were subjected to a nerve agent attack  that has left them in critical condition. Theresa May gave the Russians until midnight last night to ‘fess up and vow to amend their ways, so I don’t know if at this moment tank-loads of British soldiers or maybe the Parachute Regiment aren’t headed for Moscow.

But I do know without a shadow of doubt that this case stinks. Think about it. The Russians, Theresa pronounces, done it. So as I said in a FB/Twitter comment, have the Russians run out of guns? Knives? Bags for putting over people’s heads before bundling them into a car and dropping them, with concrete shoes, into a secluded river?

Here’s the situation. You’re a Russian agent. You want to kill this guy and you want to get away. Do you choose the method that will associate the crime with Russia, or do you use a method that won’t? Sorry, no prizes for right answer.

In addition, here are a few questions on the subject:

Take Theresa’s word for it? You’ve got a nerve to even ask.

Mary McAleese, her baby brother and the way we were
Did you say it wasn’t Russia? How dare you! Booooh!