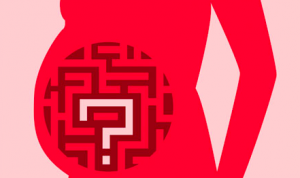 A civil war is about to break out in Ireland. Over the next five weeks, people will be swearing at their TV sets, sometimes swearing at each other, shouting insults, waving placards. We will show every sign of being adults who haven’t managed to grow up. I’m talking, of course, about abortion.

Or more strictly, the repeal of the Eighth Amendment of the Constitution in the south of Ireland. If repealed, this will lead to the availability of abortion on demand up to twelve weeks of pregnancy. As for the future, there’s a general feeling that this time period will be extended, certainly if we compare the southern state with other countries. But the civil war will be about the provision on demand of abortion up to twelve weeks.

Thousands, maybe millions of words will be spent on this topic in coming weeks, but the civil war will come down to a simple and clear issue: is the being inside a woman a human being, or is it a cluster of cells, or is it something else again?

Unlike most people I talk to, I’m a bit confused on this topic. So here are some questions, the answers to which will perhaps clarify things. And please don’t tell me I’m asking the wrong questions, or that my questions are skewed, or loaded, or stupid. They’re my questions, the best questions I can come up with, so if you think they’re rubbish maybe head off and read the Sunday papers instead.

View all posts by Jude Collins →
Rugby and rape: enough already
Two early warnings about Brexit and us