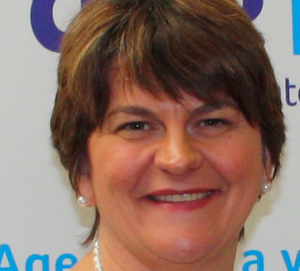 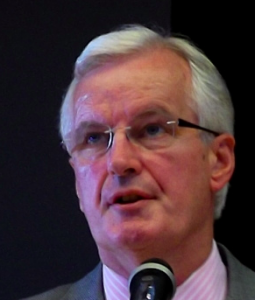 So. Arlene Foster is annoyed. She says the EU’s chief Brexit negotiator, Michel Barnier, doesn’t understand unionist culture. Does that include the flag-burning bonfires and kick-the-pope bands, I wonder? Because searching for culture in either of those two knuckle-dragging performances would be like looking for a May altar in Sandy Row.

Mmm. Economically? If Arlene is telling us that economically, the north of Ireland must remain part of the UK, she’s arguing against the express wishes of the people of the north of Ireland – 56% against Brexit, remember? If she’s arguing politically, unionism no longer has a majority of politicians here – or does that not count? And of course constitutionally – you’re spot on, Arlene, we are part of the UK. That’s the present constitutional position. But given that in 2021 there’ll be a majority of Catholics here, and we’re told there’ll be constitutional change if the majority here want it, I wouldn’t go shouting about the constitutional position here if I were you. Remember that thing about the crocodile and how well that went subsequently?

Arlene once warned republicans who were agitating for a border referendum: “Be careful what you wish for.” Insisting on tying yourself and the rest of us to the leaky old tub HMS Brittania may finally prove how out of touch you are with the wishes of people here.

The DUP must have felt giddy with joy the day they  found themselves with the balance of power in the Mother of Parliaments. Given the state of the Tory party these days, I’d brace myself if I were you, Arlene.  One way or another, this is all going to end in tears.