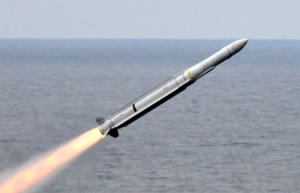 “Locked and loaded” – it has a nice final sound to it, doesn’t it. Like the du-clunk of an expensive car being locked. Except “locked and loaded “ wasn’t used by some car-owner, it was used by Nikki Haley (not, as far as we know, related to the great Bill), US ambassador to the UN, and it was a warning that the US was ready to repeat its attack on Syrian targets if the need arose.

So Trump and his allies have not only acted contrary to international law, which requires the assent of the US Security Council before engaging in such an attack on a sovereign state, but have made it clear they’re all set to do so again. What I’m wondering is, does breaking international law make you a war criminal? I’m guessing there’s some way Trump and May and Macron can weasel out of such a definition, but in the normal world,  if I steal one of those nice du-clunk cars, say, then I have committed a criminal act and so I am a criminal. But since we know that neither Trump nor Macron nor May will ever stand in a dock charged with war crimes, we might as well forget that one.

Instead, we might want to remember that the attack was launched just hours before a team of experts from the Organisation for the Prohibition of Chemical Weapons were to arrive in Damascus and start their investigation about chemical weapons attacks. In other words, the US, France and the UK believe in punishing first,  and afterwards establishing if a crime had been committed. Nice going, guys.

You look shocked, Virginia. Why is that?   You do realize there are dozens of families here waiting years and sometimes decades for an inquest on the death of a loved one. And that funding for these, as recommended by the Lord Chief Justice, is being withheld because an inquest is tasked with establishing whether a death was caused by an unlawful act or omission, and Britain might have some awkward questions to answer.

Britain, so big on the rule of law here, doesn’t mind driving a tank through domestic and international law when it figures it will suit British interests domestically or internationally.

It’s not your radio, it’s double standards
The McGuinness Principles