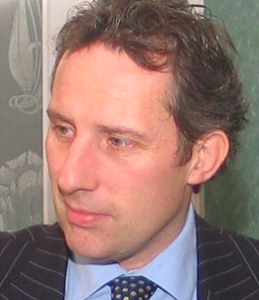 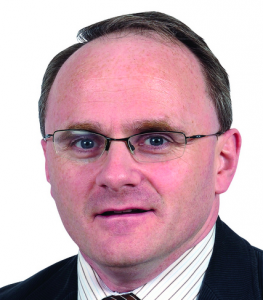 Should Ian Paisley be forced to resign over his retweet of the Katie Hopkins tweet ““March 2018. London has a higher murder rate than New York… And Ramadan’s not yet begun”?

Ian Paisley has apologised for his action: “Didn’t take cognisance of Ramadan ref. Once brought to my attention immediately deleted. Apologise profusely for offence caused”.

A number of people have suggested that if Barry McElduff was forced to resign over his Kingsmill loaf caper, then Ian Paisley should be forced to do likewise.

That’s certainly one way of looking at it. Unionist politicians and commentators piled onto the McElduff case in the proverbial feeding frenzy. When Barry was suspended for some months, that wasn’t enough for them. Their moral outrage would not be slaked until Barry resigned. So he did. Wasn’t Ian Paisley’s retweet as offensive as that? Ergo, resign, Ian.

There’s another way of looking at it, however. You ask yourself “Is this consistent with everything this politician has done until now?” I’m not sure about Ian Paisley Jr but I am sure about Barry McElduff. His attitude to unionists and victims has never been other than exemplary. So we balance that against the Kingsmill loaf thing and ask “Does this action cancel out all that was positive in his attitude  to unionists and victims ?”  In my view it does not. Why would a politician want to deliberately act out of character and invite an avalanche of criticism which could – and did – end his political career?

Does Ian Paisley Jr have an equally blemish-free record in his attitude to Muslims? I don’t know but I’d be inclined to give him the benefit of the doubt. That’s not to say his party the DUP has a blemish-free record: who could forget Peter Robinson’s trusting a Muslim to get him a pint of milk at the corner store, or the DUP politician who figures the Muslim mayor of London is “the enemy within.” But since Paisley’s not the leader of the DUP, he can’t be held responsible for the statements of fellow-DUPers.

An interview with both men as to why they did what they did might be revealing, but of course the media won’t bother themselves with that. Which is a pity, as such an interview might  prove me wrong when I talked above about the end of McElduff’s political career. Even without an interview of both, Ian Paisley’s career won’t be over and I believe McElduff’s political career should not be over either. It’s possible for political parties as well as individuals to make mistakes.

View all posts by Jude Collins →
Jeremy Corbyn and Gerry Adams: separated at birth?
Kenny Donaldson and his confusing train of thought