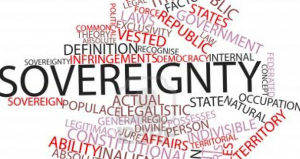 Irish unity is not just an aspiration to hope for, as one would hope to win the Lottery. Irish unity is an absolute and inalienable right which we now all must work to achieve. The Dublin government has a moral responsibility to ensure that this right is recognised by the neighbouring government and by the international community.

We the Irish people have a right and a duty to demand and work to achieve the unity of the Irish nation. We have a responsibility to make this as attractive as possible to those who do not identify as Irish but who prefer to see themselves as British. That section of the community should be made to feel comfortable in the New Ireland.

The British government has a special responsibility to persuade those Unionists opposed to Irish unity to accept the new situation. They must prepare for the transfer of sovereignty to an all-Ireland parliament. They must recognise the validity of the Irish people’s demand for Irish unity and the futility of partition on such a small island.

The right to Irish unity is based on the Irish people’s historic nationhood. It is a right that the British government, as a colonising power, took away and must restore.

View all posts by Jude Collins →
Should liars be asked to explain themselves?
Gerry Adams and the legitimate use of violence