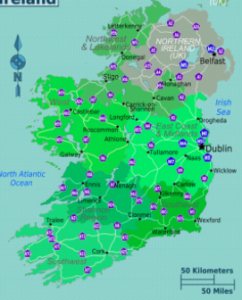 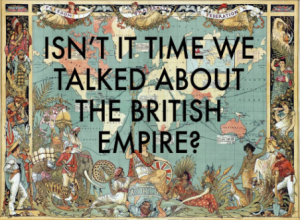 We Irish are a great people. We have produced great literature, wonderful music, bright ideas, sensible laws and a humane justice system, a great culture recognised as such throughout the known world. A neighbouring country has, for centuries, tried to destroy this Irish culture. This arrogant neighbour wanted to establish a world empire, in order to amass more wealth and property for themselves. They wanted to subject and control anyone they considered might be a threat to their power in the world.

The Big neighbour used all kinds of violence to reduce the perceived threat. Ireland’s close connections with France and Spain during many centuries meant they were suspect. The Irish clergy who had been trained in revolutionary France were considered a threat so the Empire built a seminary at Maynooth to train a subservient clergy for Ireland. Millions of Irish people were killed to protect and advance their empire. A European war was fought on Irish soil in the 1690s. London was the capital of this empire and so Colonial expansionist policy was decided in London. The rulers elected and unelected, the military and the secret services devised and implemented the imperial offensive. As a result of their policies, the Irish people were subjected to persecution and punishment, pain and distress, expulsion from their own land and starvation and genocide. The so called Great Famine in the 1840s was the most blatant attempt at genocide. This was how imperialism worked and how it was experienced by the native Irish people living on the small and defenceless island of Ireland.

On many occasions, some of the Irish people felt so humiliated and angry that they said enough is enough. They organised and on a number of occasions took up arms against the invading force. They were supported by sympathetic friends in the USA. They also organised politically in order to govern themselves. All their efforts were met by brutal force. They rebelled in 1798, in the 1800s and in 1916. The British response to that rebellion was so cruel that it led to an armed struggle for complete independence. That struggle ended in 1920 in a settlement that created two states -one of 26 counties and one in the northeast of 6 counties which was the wealthiest and most industrialised part of Ireland. It was thought to be a temporary arrangement but it created a sectarian state in the north which was ruled by one party, the Unionists. It also created a sectarian state in the south where the Catholic Church became all-powerful and dictated the kind of laws that should be enforced.

The nationalist population in the northeast were subjected to yet more persecution, discrimination and were treated as second-class citizens. They were denied their basic rights and the Orange Order and other secret societies ensured that the jobs were for the boys. Unionist politicians like Lord Brookeborough who was Prime Minister of the six counties for 20 years boasted that he did not employ Catholics.

We are now in the final days of the life of the British empire. They have run out of steam. Their goose is cooked. It is now up to the Irish people to come together to work out a future for all the people on this island –free from the interference of the Big Neighbour. The Neighbour has chosen to withdraw from the EU which has created yet further problems for the welfare of the Irish citizens. The harmful effects of Brexit can be avoided if the Irish government and all Irish parties oppose any attempt to restore a border of any kind in Ireland. This is going to be a defining moment in Irish history. The end for British imperialism is nigh. That is good for all the people living on this island.

View all posts by Jude Collins →
Micheál Martin: doing the right thing, even if it’s for the wrong reasons
Jeremy Corbyn and Gerry Adams: separated at birth?