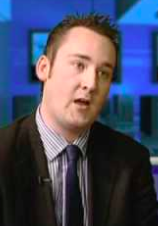 Kenny Donaldson is a man I sometimes find hard to understand. He is part of or perhaps leads an organization called ‘Innocent Victims United’. Yesterday I was on the radio talking with him and Alan McBride about whether someone with a criminal record should be allowed on the Northern Ireland Victims Forum.

Kenny believes they should not, on the grounds that they might be sitting alongside someone who had lost a loved one to violence. It seems to me that this raises a number of problems, none of which Kenny dealt with satisfactorily on yesterday’s discussion.

And of course his criteria are constructed from a shaky premise: that during the Troubles, the bad guys were the paramilitaries and the good guys were the state forces. It’s a neat and comfortable way to view the past but it has one drawback: it’s not true.