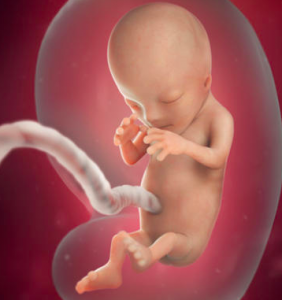 I was on my way to do a spot of shopping this morning when an item on the car radio snagged my attention.  Sean O’Rourke’s Today programme on RTÉ Radio 1 was playing and O’Rourke  was talking to a couple of Gaelic footballers, one from Antrim and one from Donegal. They were discussing whether the Antrim man had been right to wear his Antrim football jersey at the launch of a “Gaelic athletes for No”, I think they call themselves, obviously referring to the coming referendum. It’s an interesting topic and one I may come back to, but right now I want to focus on what the Donegal man said.

O’Rourke asked him how hopeful he was of persuading people in Donegal to vote Yes in the abortion referendum. The Donegal man – Eamon McGee, I believe –   indicated that it was an uphill struggle, because Donegal was a conservative county generally, but he’d do his best. In other words, conservative Donegal might be expected to vote No in the referendum.

I understand why people identify those opposed to abortion as conservative right-wingers. Many of them are, starting with the likes of one Donald Trump. However, opposition to abortion is more consistent with a left-wing view on life  than a Trump or DUP fundamentalist take on the universe.

What do we mean when we talk of left-wing? A concern for the underdog, a defence of minorities, a shield for the defenceless, an opposition to the arrogance of power. In short, a left-wing perspective sets out to support and defend those not strong enough to defend themselves. A consistent view of the value of human life demands that you’re not just opposed to abortion, but that you’re equally incensed by oppression and neglect at every stage of life.

That’s why I think Pope Francis’s take on the “innocent unborn” is commendable. Having spoken up for the unborn, he goes on to say “Equally sacred, however, are the lives of the poor, those already born, the destitute, the abandoned and the underprivileged, the vulnerable infirm and elderly exposed to covert euthanasia, the victims of trafficking, new forms of slavery, and every form of rejection.”

You don’t have to be a Catholic to be in harmony with those views – you just need to be a person who aims for consistency in their values. To my mind, opposition to abortion is clearly more aligned with the views of left-wing people than with grasping, ghastly right-wingers such as Trump. I think there are many who look at the abortion debate and instinctively recoil from being associated with such as Trump or the DUP flat-earthers. This I think is a mistake.  No need to recoil: compassion for the unborn is completely consistent with a left-wing view of life. It’s just a pity that Trump and DUP dunderheads give anti-abortion people a bad name.